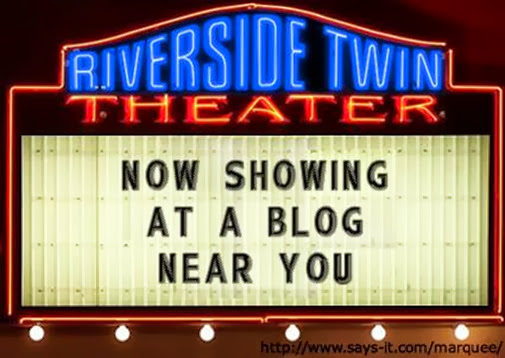 This week’s review for Aleteia is Gravity, a tight little nail-biter with outstanding visuals. The movie falls a bit short on philosophy, but makes up for it in suspense and action. That doesn’t seem to be enough for author and critic Jeffrey Overstreet, though, who finds Gravity to be, like so many other modern movies, loud, obnoxious, and almost completely lacking in human qualities. To help calm Mr. Overstreet down and convince him that there is still good in the world, here’s a quick tale of two wise women helping a young astronaut as he faces an all too human crisis…

Wow, you could really feel the tension there near the end, couldn’t you? I didn’t know which way Bobby was going to go. Fortunately it all worked out “okay” and nothing blew up. Maybe they’re saving that for the sequel.

Perhaps it would be better if we simply moved on to a movie almost everybody can agree was just plain dumb. If you remember my review of World War Z, you know I found the Brad Pitt vehicle to be enjoyable enough for a night’s viewing, but ultimately brainless (no zombie puns intended). Well, now that the DVD has hit the shelves and those who skipped the theatrical release have had a chance to see it, it looks like a consensus is forming. Scott & Julie over at the A Good Story Is Hard To Find podcast discuss both the book and the movie, and ultimately decide the movie was much less meaty (okay, I did that one on purpose). Later, Julie goes into a bit more detail at The Happy Catholic as to why she enjoyed the film, but thought it would be better if were entitled Fast, Furious, and Stupid. Jason Dietz at Non-Modern, alas, couldn’t even manage to find too much enjoyment in the film, finding the whole thing to be pretty lifeless (I can do this zombie stuff all night, folks, although it would be best if someone stopped me).

Let’s face it, it’s hard to find a movie everyone will enjoy. Fortunately, it’s October, and that means Turner Classics will be rolling out plenty of classic horror and sci-fi titles this month, so there’s bound to be something for everyone. Check out the schedule, especially Fridays and Saturdays. I may not leave the house on the weekends.

If you’re one of the unfortunate few who can’t handle the scary, however, don’t worry, there’s some funny stuff out there as well. Rebecca Cussey has an interview with Everybody Loves Raymond’s Patricia Heaton in which the actress discusses faith and culture. Meanwhile, over at the National Catholic Reporter (what, even they can print something worth reading every now and then), noted sitcom writer Tom Leopold discusses how a 75-year-old ex-Marine riding a homemade motorcycle with deer antlers for handlebars brought him to the Church. Mysterious ways indeed.

And finally, in the shameless plug department, Pope Awesome and Other Stories, the first book by our Internet pal and occasional commenter Cari Donaldson, is available for preorder. A lot of big shots out there, including Jim Gaffigan, really seem to like it, so why not check it out.

That should do it for now, see you soon.

Have you checked out the Aleteia on an Iphone? Nearly unreadable. The text doesn't scroll. Ask them to fix it. Meanwhile I checked out all the reviews and enjoyed them all. Will probably (sigh) have to miss Gravity. The poor orbital dynamics would drive me nuts. Thanks especially for the mention of Pope Awesome the First! Really enjoyed that.

Sorry to hear that about the problems with the site. It's run out of Rome, so I don't really have too much access to the people who put things together. I doubt they'll change things too much, though, since they're always pushing their Iphone app.

I actually was curious about how the science in Gravity would hold up. I had some doubts about some of the distances they managed to travel on limited oxygen. Also, could a fire extinguisher really be used for propulsion in space? I'm sure somebody will write an article.

I had a visitor today: Jim Oberg who is an old NASA JSC Mission Control officer and currently does the space commentary for MSNBC. He's convinced me to see Gravity. I'll get back to you on the fire extinguisher.

Just in case our host hasn't seen them all....

The description of one as an art film make me smile. What does he know about AAAAAAAAARRRRRRRT?

I am happy to report that I already own 9 out of 10 of those films. For some reason I'm missing Cube, which I guess I'll have to rectify. As for Hardware, I'd say it has style to spare, but art...?