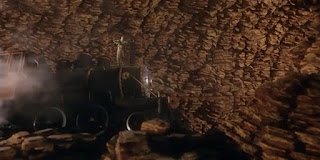 The Mummy Theme Park (2000) Robotized mummy corpses react badly to flash photography. Forced perspective using store bought toys make for truly "special" effects. TIL: Some archeologists believe the the tomb of Yuya found in 1905 is actually that of the biblical patriarch Joseph. 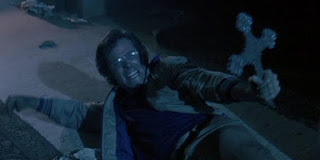 Superstition (1982) Parish rents cursed home to clueless family. Opens with an exploding head in a microwave, so you know right away what you're in for. TIL: It's estimated the Church owns over 177 million acres around the world. Probably a cursed house in there somewhere.