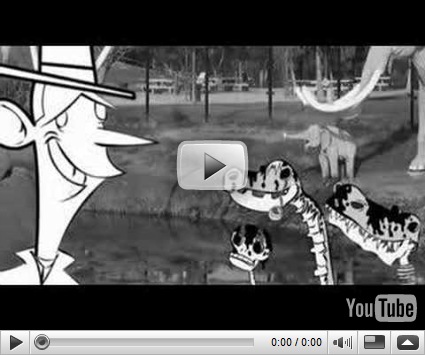 It’s been a really long month (not a good sign considering we’re only half way through) and I could use some cheering up. And you know what cheers me up? Pico And Sepulveda: The Street Song by Felix Figueroa cheers me up. And this guy adding trumpet playing cats to it just makes it that much better.

The La Brea Tar Pits is, of course, the famous landmark located smack dab in the middle of Los Angeles which contains the fossilized remains of plants, insects, animals, and even some humans trapped there tens of thousands of years ago. Alas, despite what the animation above indicates (and no matter how many times Dopey got stuck in the darn things), no dinosaur bones are to be found in the tar pits. Regardless, as even the Catechism takes note, it’s still fun to poke around in such places and see what we can learn about the history of the planet we live on. “The question about the origins of the world and of man has been the object of many scientific studies which have splendidly enriched our knowledge of the age and dimensions of the cosmos, the development of life-forms and the appearance of man. These discoveries invite us to even greater admiration for the greatness of the Creator, prompting us to give him thanks for all his works and for the understanding and wisdom he gives to scholars and researchers.” For any of you who like a religious perspective mixed in with your science and haven’t run across the site yet, be sure to hop over to The Deeps of Time, it should fix you up nicely.

Now see, I’m sounding more chipper already. Just to be sure, though, I’m gonna go ahead and throw in another take on Pico And Sepulveda, this one from the 1980 cult classic Forbidden Zone starring The Mystic Knights of The Oingo Boingo and featuring some of the best use of cardboard you’ll ever see. Enjoy. 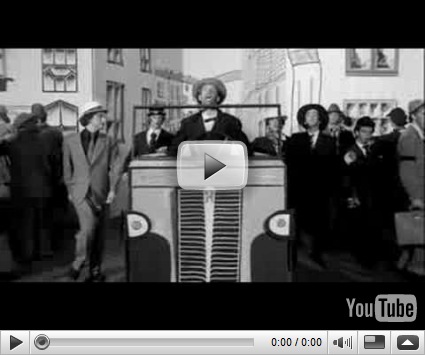 Sorry, love of novelty songs kind of comes with the territory.

That was fantastic! Of course, on a warm afternoon, I can smell the Tar Pits from my apartment. It has a special resonance if you live here.

No need to explain. I spent my teenage years in a town where the main industry was pulp mills. Anytime I go back to visit I can start to smell home sweet home from about an hour away.