Good evening Mr. & Mrs. Catholic, and all you other Christians at sea. It’s been awhile since we’ve had a Weekly Newsreel here at the B-Movie Catechism, but since we’ve been wanting to contribute to the 3 1/2 Time-Outs Tuesday hosted by LarryD over at Acts of the Apostasy for awhile now, this just seemed like the best format to do so. Now off to press.

DATELINE: WASHINGTON D.C. - It was announced by the Pentagon that The Defense Advanced Research Projects Agency (DARPA) has created a "Cheetah" robot which can gallop up to 18 mph… because, you know, having a robot that can outrun human beings couldn’t possibly be a bad idea.

Progress is fine, Pope Benedict XVI once said, but “the common good is the end that gives meaning to progress and to development, which otherwise would be limited to the sole production of material goods. Progress and development are necessary, but if they are not oriented to the common good, they lead to the negative consequences of the prevalence of consumerism, waste, poverty and excess.” And possibly Terminators, though His Holiness didn’t say as much.

DATELINE: NEW SOUTH WALES - A recent study by Dr Matthew Michael Large shows that people who gouge their own eyes out (a.k.a. self-enucleation) do not do so because of religious fervor (if thine eye offends thee…), but rather because they are, in fact, quite frickin’ insane. 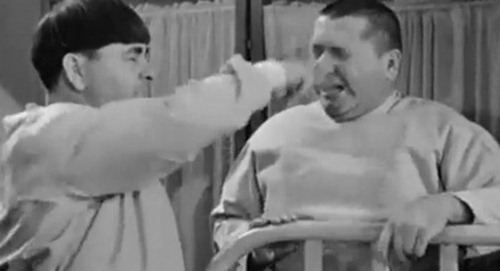 While the Catechism does note that “there is no holiness without renunciation and spiritual battle [and that] spiritual progress entails the ascesis and mortification that gradually lead to living in the peace and joy of the Beatitudes”, the old Catholic Encyclopedia points out that mortification is typically considered “the deliberate restraint that one places on natural impulses in order to make them increasingly subject to sanctification through obedience to reason illumined by faith… One example is the law of fast and abstinence.” So, giving up meat on Friday, that’s mortification. Gouging out your own eyes… not so much.

DATELINE: SHINGO – Thinking of visiting the Holy Land this Easter to  see the Church of the Holy Sepulchre. Well, forget it. According to the Takenouchi Documents, a set of ancient papers discovered in 1935 and transcribed by cosmoarcheologist(!?!) Wado Kosaka (the man who once ‘contacted’ a UFO on live television), you need to travel to Japan in order to see the true burial place of Jesus. As revealed in these writings, “Christ first visited Japan between the ages of 21 and 33 (the Bible does in fact skip over large periods of Christ's early life, and many theories exist about what he did in the intervals). The document claims he studied the native language and culture before returning to Jerusalem, where he was crucified. Only it wasn't really him who was crucified. His younger brother, Isukiri (who makes no appearance in the Bible), nobly took his place on the cross, pretending to be the Son of God, while the real Christ fled to Siberia. A few years later, via Alaska, he arrived at the port of Hachinohe, just 40 km from Shingo. He made his way to the village, where he married, had three children, and lived to the age of 106.” While even most of the locals in Shingo admit to believing the whole story to be a hoax, you have to admit, it still sounds more plausible than The DaVinci Code. 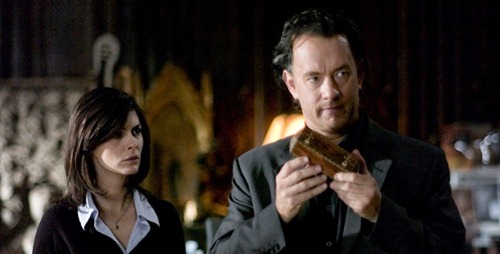 And on a final note, we here at Eegah, Inc. decided that during Lent it would be a nice idea to replace night time snacking with praying a rosary. It’s been two weeks now and let me tell you… those beads are starting to look awful yummy.

And with that, we here at the Newsreel sign off, as is our custom, with the immortal words of the great Les Nessman. Good evening, and may the good news be yours.

"Progress" is one of hose words like "choice" which means different things to different people. It has no objective value. G.K. Chesterton wrote some marvelous pieces on "progress". And daily rosary is a great suggestion. Thanks for the reminder that it's our most powerful weapon against Satan excepting the Mass and sacraments.

I would have sworn I didn't have the time, but a rosary a day has turned out to be surprisingly easy.

We at Rocket Central in Houston are avidly awaiting Roger Corman's latest movie "Attack of the 50-Foot Cheerleader" coming this summer. Worth watching for the title alone. I hope you do a post about it.

I love how the poster for Attack of the 50 Ft Cheerleader looks like one of those hand made banners from Ghana I posted awhile back.