BMC MOVIE OF THE WEEK: TAMMY AND THE T-REX 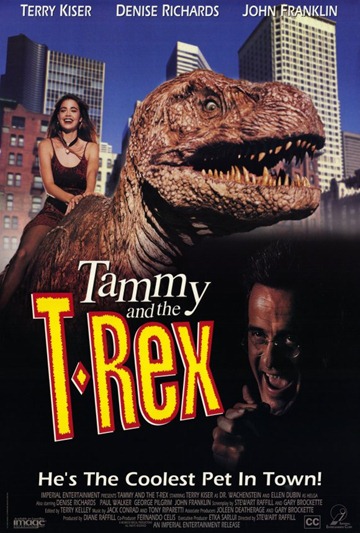 “A bizarre entry even for an area of film that specializes in the offbeat, this is the story of an ideal teenage couple, a cheerleader and a jock, who are abruptly separated when a jealous rival slays the footballer. At the hospital, a crazed doctor transplants the young man's brain into that of a giant robotic dinosaur as part of his immortality-via-cobras experiment. Unfortunately, the newly transplanted boyfriend is most unhappy with his new form and with the way things have turned out in general, so he goes on a bloody rampage for revenge. When he finds the cheerleader, he is somehow able to convey his plight to her. She and a pal decide to help him by finding a new body in which to place his brain (his old one was beyond repair). While the low-budget Tammy and the T-Rex has been for some reason marketed as a family-oriented comedy, parents beware. There is a lot of blood, violence, crude sexual innuendo and a striptease scene.” – Rovi’s AllMovie Guide

Well, everybody has to start somewhere right? For Denise Williams (Starship Troopers, The World Is Not Enough) and Paul Walker (Varsity Blues, The Fast and the Furious), that start was Tammy And The T-Rex, the film which represented their first theatrical starring roles. And I’m pretty sure they still remember making it to this day because, let me tell you, this movie is hands down one of the weirder low budget offerings to come out of the 90s.

For most of its running time, Tammy And The T-Rex looks and plays just like one of those teen shows you run across all the time on Nickelodeon. You know what I’m talking about. Stagey sitcom style acting, broadly written jokes even a six year old would get, and a cast comprised of the cleanest cut youth ever to pop out of a stage mother’s uterus (heck, even the juvenile delinquents in this movie look like they shower at least twice a day and buy their clothes from Abercrombie). But every so often, Tammy And The T-Rex takes a sudden turn into some dark territory that is definitely not meant for the youngsters. Imagine if you were watching the kids from iCarly doing their shtick when suddenly the door burst open and the cast from Fight Club rushed into the room and beat the living crap out of everyone. That’s what Tammy And The T-Rex is like.

For instance, the first time good hearted jock Michael and snarling punk Billy brawl over cheerleader Tammy, the whole thing is played mostly for laughs. Yeah, a few punches are thrown, but the whole episode ends with the two boys locked in a mano-a-mano testicle squeezing contest, neither boy willing to be the first to chance loosening his grip, while the whole thing is watched over with bemused delight by Byron, Tammy’s flamboyantly gay best friend. But just a few short minutes later after the chuckles have died down, Billy and his pals catch Michael alone on the street, violently pummel him with baseball bats, and then dump his unconscious body at the local game preserve to be mauled by a lion. Not exactly the kind of material you’d put on right after SpongeBob. And it’s not just the violence. Take for example the scene in which Tammy sits blissfully in her bedroom discussing the future with Michael’s disembodied brain, but then suddenly switches on a boom box and begins dancing around in a teddy while Michael’s mechanized voice cheers her on like some twice-drunk frat boy at a low rent strip club. It would be weird enough on its own, but since both characters are supposed to be in high school, the scene comes off as extra skeevy.

Now don’t get me wrong. There are scenes where the dark humor is spot on. There’s a great moment where Byron, Tammy, and the T-Rex attempt to retrieve Michael’s dead body so they can put his brain back in it, only to open the coffin and discover the corpse is completely decayed and swarming with rats (despite the fact that Michael’s only been dead a couple of days and the coffin was sealed). The frame of all three of the characters (including the dinosaur) simultaneously screaming in horror and disgust is pretty hilarious. But overall, the movie feels disjointed, like maybe the script started out as a clean teen comedy, slowly began to morph into something else, and never quite finished the transformation before they filmed it.

I’m just guessing, but I’d be willing to bet it had something to do with the animatronic dinosaur. As you can see from the one-sheet up there, the creature looks pretty good. On a piece of paper. The problem is, this is a motion picture, and except for the head and arms, the titular creature is entirely immobile. It’s basically a twelve foot tall statue that can wave and open its mouth. Most of the walking scenes involve close-ups of fake legs on sticks, and all of the moments where the T-Rex has to do something complicated with its tiny dino arms, like dial a phone or play charades, are accomplished by somebody wearing green mittens (that aren’t even the same color as the rest of the beast). I’m thinking once the effects crew wheeled this thing in, everybody else looked at each other and said, “We better ramp up the smut and guts, quick, or we’re doomed.”

Which raises an interesting question. If you don’t have the budget to pull off the effects, why not just write the story to involve something more doable than a giant T-Rex robot? In fact, even if you did have the budget, how does the dinosaur make any sense story wise in the first place? The central conceit of the movie is that the mad scientist has developed a way to transfer a person’s brain into a mechanical body as a way to spare mankind the pain and sorrow surrounding death (that and make a nice profit, of course). The idea is simple. Once your old bag of bones is done for, you just  have your brain popped into a brand new body, one that’s actually an improvement on the original because the new one won’t ever age or get sick or develop any of those other pesky problems us meat sacks have to put up with. But why does Dr. Wachenstein insist on the new body being that of a T-Rex? How many people (outside of maybe a few guys hanging out in the back of a comic shop) would actually want to come back in the body of a giant inarticulate lizard with useless little arms? It doesn’t make any sense.

Now Jesus, there was a guy who knew how to make a new body the right way. When he shows up in his glorified body in this week’s gospel, it looks just like his old self, but it comes with a few interesting upgrades. Based on his study of this reading and a few others from the writings of St. Paul, St. Thomas Aquinas deduced that a glorified body has four basic gifts: (1) Impassibility, meaning it can no longer get sick, suffer, or die, (2) Agility, meaning it responds perfectly to the will, moving freely and quickly wherever it is directed, (3) Subtlety, meaning that while still a physical thing, it is no longer restricted by material reality and can therefore pass through other objects, and (4) Clarity, meaning it’s kind of shiny and radiates the beauty of the soul. So it sounds like we’re going to get a pretty good deal, much better than being a T-Rex because, along with all the improvements, we’ll still retain our individual appearances and can use our arms to scratch our own nose if we feel the need.

But so what, right? I mean, even assuming St. Thomas got it all correct, none of this glorified body stuff happens until after we’ve died, so why waste too much time thinking about it? Well, in the simplest terms, Christianity places so much emphasis on the ultimate fate of the body after death so that we never deemphasize its importance while we’re alive. Writing about the glorified body of Christ in in L'Osservatore Romano, Dominican friar Robert Gay put it this way. “If we accept this truth, then it follows that it will have an impact on how we conceive of the spiritual life. We can see that the spiritual life is not about an escape from my physical reality, as some New Age perspectives might propose, but about accepting and making use of that reality… [whereas] if we choose to reject the importance of the physical… then the sacramental economy ceases to be relevant. And this is problematic in several ways. Rejecting the material can easily lead to the same kind of dualistic ideas that St Dominic founded the Order of Preachers in the thirteenth century to preach against, namely a belief that the material world is somehow a bad thing. However, to hold such a view is to go against the sense of the material, sensible world that we get from reading the creation narratives, namely that what God created was indeed good.”

So, the belief that we’ll one day receive a glorified body isn’t important because of what it tells us about the future, but what it tells us about the world we live in right now. That what God created was good, and no matter what misfires and mistakes and tragedies occur along the way, it can be made good again. In fact, it can be made better. And that’s something worth believing in. 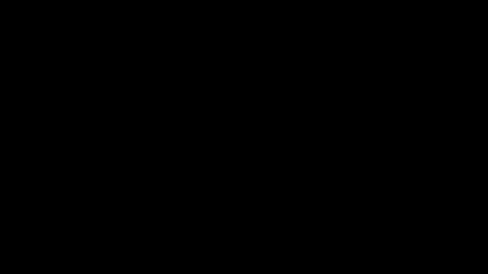 I'd like to say something clever here, but can't 'cause I'm now totally lost in speculation about Scalzi's "Old Man's War" being made into a movie.(*sigh*)

Don't lose hope. I think it's currently in development with Wolfgang Petersen set to direct, so it's got a 50/50 chance of being good. Right?

"I’m just guessing, but I’d be willing to bet it had something to do with the animatronic dinosaur."

A lot of very odd things have to do with the presence of animatronic dinosaurs... And I continue to be impressed by how well you segue between such things and the likes of Aquinas. :-) I need lessons on how to do that. (But I'm still not watching this one, sorry.)

"A lot of very odd things have to do with the presence of animatronic dinosaurs..."

Damn that was an excellent reading!!
keep up the great work.

Thanks, Patrick, although I have to admit Aquinas did all the heavy lifting. I just added the dinosaur.