So, in our last post we discussed how Christian horror movies made by evangelical Protestants tend to fall a little short in the entertainment department, and how the possible reason could be because, just like their church services, evangelical produced movies are all about the preaching. Which left us with an obvious question, since Catholics are also subject to Jesus’ command to “Go, therefore, and make disciples of all nations”, why aren’t Catholic filmmakers out there making the same kind of low budget proselytizers our Protestant brethren are?

Well, again, I would suggest the answer lies in the form of worship. Richard A. Blake, S.J.,  in his essay Finding God at the Movies, explains it this way, “A tour of our churches helps us reach toward an understanding of the phenomenon. Look at Protestant churches, with plain walls and clear-glass windows, with seats arranged facing an unadorned cross, pulpit and lectern holding the Bible. In this world, the Word is supreme. Now come into a Catholic Church. Look around slowly. Here we find stained glass, statues and icons. The scent of incense clings to the carpets. The rituals are reenacted with gesture and ornate vestments. In a Catholic Church, the senses reign, or at least they are encouraged rather than suppressed.” Or to put it in movie terms, in a Catholic mass, you aren’t just told about God, you are shown. And that’s a method of communicating a message that’s custom made for the visual arts.

But the sensual experience of the mass is more than just a choice of style or storytelling technique. The Catholic form of worship is the way it is because it reflects an Incarnational view of the world, a fact recognized by folks like Dr. Jeff Mirus, co-founder of Christendom College. He notes that “the astonishing achievements of Catholic culture over two millennia—in art and literature, sculpture and architecture, education and government, work and play, fast and feast—are one and all rooted in the Incarnational principle. The sense that the human body is itself a repository of grace, a temple of the Holy Spirit, fosters a unique Catholic mode of being in which the mind and spirit are never alone, never cut off. Rather man worships God in his body, and carries all of nature beyond itself in the quest to fulfill the very end of religion, which is for all creation to give glory to God. Not in the abstract, then, is Catholic salvation worked out, but in the concrete; not in the general, but in the particular. The Catholic vision is not one of being “attached” to Christ, but of “putting on” Christ (Gal 3:27), not one of merely receiving an external gift, but of living the Christ life deep within—so that I live, no not I, but Christ lives in me (Gal 2:20). Each virtue is cultivated, each habit transformed and elevated, each relationship purified, each work ennobled. And the power for this continuous transformation is nourished—no, actually ingested—and formed into community through the Eucharist, the Word quite literally made Flesh, the Body and Blood really and actually present, not in figure or even in grace alone, but in its very substance. Every Catholic is called to a life-long process of incorporating (I choose the word advisedly) his whole self, body and soul, into Christ, and not only his self but his loves, his labors, his own small creations, and the entire world over which he has been given dominion.”

So you can see the difference. Evangelical Protestant services focus on preaching, and so Protestant produced movies naturally preach. Catholic masses instead give equal focus to the bodily person and the incorporation and recognition of God in every action that body partakes in. Transferred to the big screen, this approach allows a Catholic filmmaker to depict just about any situation, even secular ones, letting the events of the story evolve naturally while allowing God (and therefore His message) to come through in the film’s theme or subtext. Oh sure, every now and then you’ll get a Song of Bernadette or Passion Of The Christ, movies that are explicitly religious in content, but even then, if you consider the involving narrative of the former or the intense physicality of the latter, you’ll see that the sermonizing remains secondary to the Incarnational elements. Fr. Blakes believes “many of the best, most Catholic filmmakers know this instinctively, even if they have never had the occasion or ability to provide a theological explanation for what they are doing… Most of them would never consider themselves religious filmmakers, nor do they think of themselves as self-consciously Catholic… [but] whether or not these filmmakers remain engaged with the Church, they have at one time been immersed in this visual, sensual world that is steeped in mystery.”

So, who are some of these filmmakers who have produced works with “Catholic” themes and subtexts, even when their movies weren’t specifically religious? Well, it’s a long, long list, but Google “Catholic directors” and some of the more common names you’ll see pop up include: 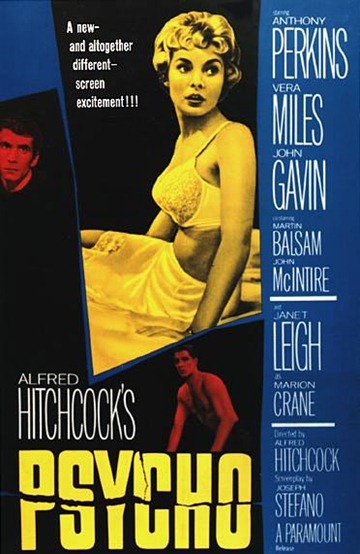 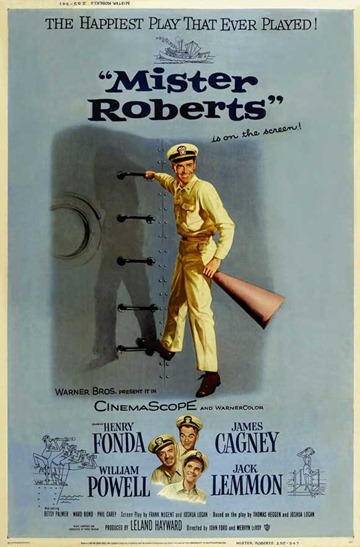 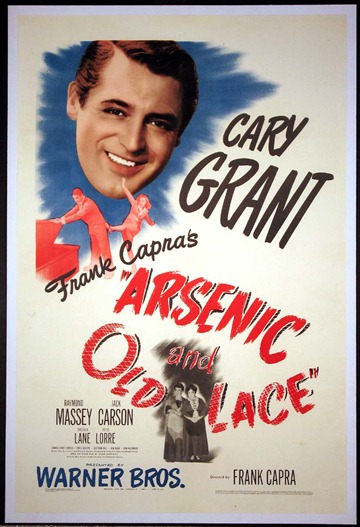 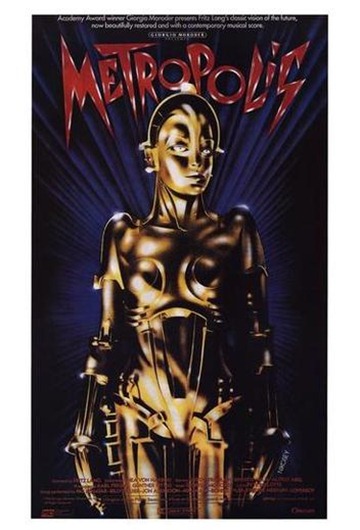 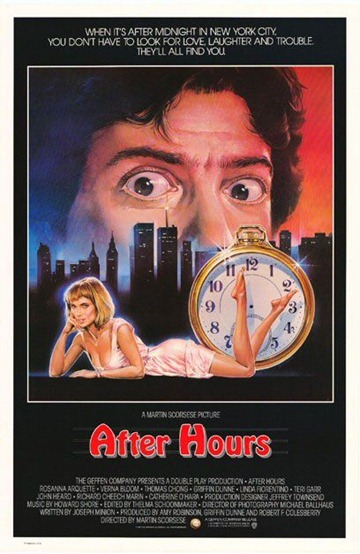 and even Martin Scorsese

Not too shabby a list. And if big names like that fall under the category of filmmakers who produce works (consciously or otherwise) with Catholic themes, then you can rest assured that the producers of many low budget schlock fests and cult oddities do the same. Now if only there was some blog or website out there dedicated to exploring the intersection of Catholicism with THOSE types of films. That would be great! But who am I kidding? Who in their right mind would be nutty enough to waste their time doing something weird like that?

I loved this post enough to actually watch a few of these. They were surprisingly entertaining. And we're glad you are "nutty enough to waste their time doing something weird like that". Such fun that you find such amazing lessons in our favorite movies!

Yeah, some of these are really fun, I'll have to see if I can dig up some more.

Perhaps a difference is seen in the worldviews as far as I can judge: Catholics see themselves in a world which is, despite all the sin in it, Gods world. Thats why a eg catholic scientist does not desperately search for god, he rejoices in getting knowledge about Gods creation.
In Contrast, oftentimes evangelicals put a strong emphasis on the "not from this world"-focus. Thus they put a strong emphasis on the christian bonus they can add to the already existing but fallen world.

These different worldviews of course have their influence on movies and stories. While its possible for a catholic to write a deeply christian story without mentioning Christ (Lord of the Rings is an example, but imho also Clockwork Orange), protestants tend to embed christian symbols and values in a pre-existing genre.

While the danger for the latter is that they end up with horribly embarassing movies, us catholics might sometimes forget this "christian undertone". And it might be unheard.

Nevertheless, I prever the "catholic way". Which is clear, I am catholic :)

“A tour of our churches helps us reach toward an understanding of the phenomenon. Look at Protestant churches, with plain walls and clear-glass windows, with seats arranged facing an unadorned cross, pulpit and lectern holding the Bible. In this world, the Word is supreme. Now come into a Catholic Church. Look around slowly. Here we find stained glass, statues and icons. The scent of incense clings to the carpets. The rituals are reenacted with gesture and ornate vestments. In a Catholic Church, the senses reign, or at least they are encouraged rather than suppressed.”

I am not a harsh traditionalist, but here we see a danger the catholic church is facing today. Look into modern churches and the seem similar to evangelical churches.

What we catholics forgot is to put life into our church architecture: Beauty and also darkness. The beauty is obviously visible eg in St Peter, but what I mean with darkness? Well, in the chapel of the campo santo teutonico beside St Peter you see - fitting for a church beside a graveyard! - a statue of the Grim Reaper. He is clad in a black cloth, has wings, is a skeleton and, what I find most interesting, exposes one of his skeletal legs. I mean, how ugly is that? How macabre! I think most well-meaning catholics nowadays would never appreciate such a piece as art. But nevertheless - it fits there. The same can be said about a picture from the antichrist in the minster of Freiburg pictures him with maggots etc. crawling along his back eating his flesh there.

If the church would only have these ugly pictures it would be wrong but inside the correct setting, showing that these dark and evil things won't prevail etc they are a great catechesis.
What I fear is currently to reduce the interior inside churches to something tasteful or, even worse, to some abstract garbage.

"While the danger for the latter is that they end up with horribly embarassing movies, us catholics might sometimes forget this "christian undertone". And it might be unheard."

Absolutely. One of the conceits of this blog is that I try to drag Christian meaning (sometimes kicking and screaming) from movies that most often make no concious effort to have any such thing.

"What I fear is currently to reduce the interior inside churches to something tasteful or, even worse, to some abstract garbage."

You probably couldn't tell from the content of this blog, but my second (and sadly not quite finished) trip through college was in pursuit of a Fine Arts/Art History degree, so I've got very strong personal opinions on the visual aspect of worship and worship spaces. I think there's a strong argument to be made in favor of things like your ugly skeleton, not from a traditionalist standpoint, but based on the psychological effects such things have. A Catholic church should teach not just through the Word, but through all the senses. Well, in my opinion anyway.