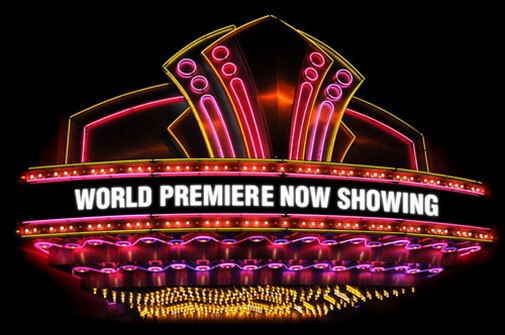 After a break last weekend, I’m back up and running at Aleteia. Or maybe limping along would be a better description as sitting through After Earth was a bit of a slog. You probably won’t hear this too often, but I really think it would have been much better if it had been made as a SyFy movie.

You know, imagining how a movie SHOULD have been made is a favorite pastime among moviephiles. For instance, Catholic Skywalker has come up with 10 ways to fix Superman Returns and make it into a good movie. They’re all pretty good, although I don’t agree that they should have tweaked the backstory of Lois’ son. I think they should have dumped the idea altogether. Sorry, but my Superman would never be a deadbeat dad.

Hey, speaking of stuff that could be on the SyFy channel, Theater of the Word’s Kevin O'Brien has a post up at Waiting for Godot to Leave detailing his new video project, Father Dangerous - Bionic Priest! According to the description, Father Dangerous: Bionic Priest is a feature-length action/comedy web series about sacrifice, love, and punching evil in the face. Am I envious that I didn’t come up with this idea first? Of course not! Not at all. Not one… little… bit. Sigh.

Oh well, I guess I can’t whine too much about not making films myself since I voluntarily bailed out of the entertainment industry shortly after graduating college. It’s really not a business for everyone. Jeremy Haynes discusses this very thing for Aleteia, touching on his “calling” to work on television and some of the inevitable low points that have come with following it.

But enough of that serious stuff. You come here for bad movies, and bad movies are what you’re going to get. Just hop on over to Romish Graffiti where Scott W. will happily explain to you why Death Race 2 is better than The Hunger Games.

And I can’t think of a better way than that to leave you until next time. See you then.

Speaking of bad movies ("bad" being a relative term), may I invite you to vote in a smackdown that I'm currently hosting on my blog? =)

If you build it bad, I will come!