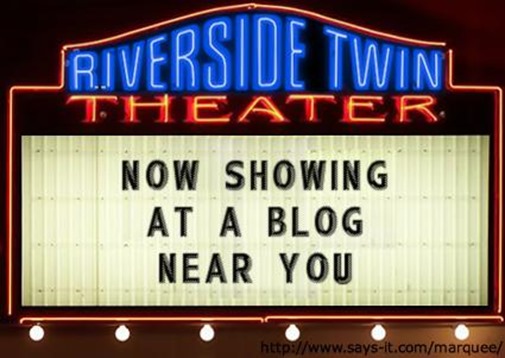 I’ve had a few posting issues over at Aleteia, but I finally managed to get a couple of new reviews up. First there’s Despicable Me 2, an insidious piece of pro-traditional marriage propaganda if ever I’ve seen one. So, of course, I liked it. And then there’s Pacific Rim, probably the closest thing we’re ever going to get to seeing Spectreman or Space Giants on the big screen. So, of course, I loved it.

While you’re at Aleteia you might want to check out Jeremy Haynes’ continuing series on life as a faithful Catholic in the movie business. This time around, he discusses how to make TV shows in Hollywood without compromising your morality.

If you’d like a break from all the big summer releases I’ve been reviewing, then stop by The American Catholic where Donald R. McClarey has a review of the independent feature, Saving Lincoln. It probably won’t give Spielberg a run for his money, but the low budget production does feature the unique gimmick of using CGI to place the actors within actual Civil War photos.

If you prefer more traditional animation techniques, then be sure to read Lauren Meyers article at Ignitum Today in which she wonders if the classic Disney fairy tale movies are good for our children to watch, or not?

Speaking of cartoons, for those of you who may have gotten a smile or two from the Pulp Catholicism series we’ve been running here on Wednesdays, you might also enjoy some of the other (better) Catholic cartoonists out there right now. Brother Amadeus, a contemplative with the Maronite Monks of Adoration Petersham, MA, has produced a graphic novel that’s receiving some good reviews (my copy’s on the way). The Truth Is Out There tells the story of Brendan and Erc, two intergalactic mailmen who get involved in something bigger than they ever expected. However, if newspaper style strips are more up your alley, then why not check out Jason Bach’s website where he’s been having some fun with the Church’s rather unique situation of having two popes in residence at the Vatican at the same time.

And just because I brought up the Vatican, in case you missed it, The Vatican daily newspaper L'Osservatore Romano (which is NOT The Vatican itself), recently wondered if The Hulk and Batman are Catholic? (The original article is here for those of you who read Italian.)

Well, that should be enough to keep you busy reading for a bit. See you back here when you’re done.

For your further delectation:
http://www.tor.com/blogs/2013/07/seven-kaiju-predecessors-of-pacific-rim

Not a dud in the bunch, though Space Godzilla comes close. I can't say he should be disqualifying stuff like Ultraman and such, as the robots and monsters in those shows are actually more in scale with Pacific Rim than Godzilla and Gamera. Hmm, I may have to take up his slack.

Xena that was a great article. And I was so happy the author remembered Kroll!

I am ashamed to say that I have never seen Ultrman. Where should I begin and where can I find them?

You can find the complete series on sale between $5 to $8 at places like Overstock.com and Amazon. Fair warning: some of the monsters make the effects in Lost In Space look like Star Wars, but even so, the show as a blast. Heck, one episode involving a monster graveyard in space might even make you tear up.