THE B-LIST: EIGHT MOVIE WOMEN WHO ARE NOT MODELS OF MOTHERHOOD

Heads up, Christian mommy bloggers, it looks like someone has tried to make a movie especially for you. And you know what, they succeeded more than they failed. Mom’s Night Out, which I reviewed for Aleteia this week, is the story of an aspiring mommy blogger who is feeling a bit overwhelmed by her daily routine and desperately needs a break. What’s interesting about the movie from a faith based perspective is that while it’s definitely aimed at a Christian audience, it actually concentrates more on the people and the punch lines than it does on the preaching. It’s not perfect, but even so, it’s a nice little comedy in the vein of old Disney movies like The North Avenue Irregulars or Superdad, with the added bonus that it doesn’t ignore the fact that lots of people still go to church. So, if you’re not in the mood to watch Seth Rogan do his foul-mouthed stoned fat guy routine in Neighbors, this is a good alternative for Mother’s Day weekend.

Speaking of which, this being a Catholic blog and all, we’re kind of fond of mothers, especially one in particular who has gotten a lot of shout outs in Church writings over the centuries. The Catechism tells us that “The Virgin Mary most perfectly embodies the obedience of faith… It is for this faith that all generations have called Mary blessed. Throughout her life and until her last ordeal when Jesus her son died on the cross, Mary's faith never wavered. She never ceased to believe in the fulfillment of God's word. And so the Church venerates in Mary the purest realization of faith.”

One of the ways this veneration has manifested itself over the centuries has been in the Church’s use of dozens of titles for Mary which reflect various praiseworthy aspects of her Christian character. One of those titles, “Mary, The Model of Motherhood”, is obviously of particular interest this Mother’s Day weekend because it suggests that some of Mary’s other titles might be ones which point to character traits that all moms (and dads as well) might do well to try and emulate. But that’s easier said than done isn’t it? In fact, let’s face it, it’s often easier to point out where we fail in comparison to the Mother of God. Take, for example, the following eight movie moms. When you compare their actions to some of the titles Mary has garnered over the years, it’s clear to see these ladies might have done a few things wrong. 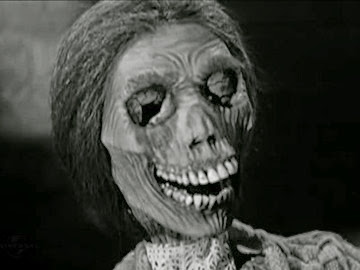 Who She Is: Mrs. Bates (Psycho)

The Title She Didn’t Earn: Cause of Our Joy

As Fr. James Martin points out in his book Between Heaven and Mirth, Christian Joy isn’t just a mere feeling of happiness, but a deep seated response to God. That’s why, in contrast to happiness, joy can exist even in the midst of suffering. Suffice to say that Mrs. Bates brought neither happiness nor joy into the life of her child, and we all know what resulted from that kind of emotional abuse, don’t we? Yep, people went without showers for months. 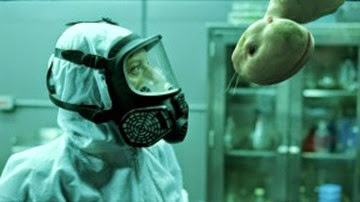 Who She Is: Elsa Kast (Splice)

The Title She Didn’t Earn: Throne of Wisdom

While the Catechism notes that artificial insemination and fertilization are generally considered immoral for a number of reasons, the Church does actually allow for some exceptions as long as illicit means are not used to collect the sperm. But there’s no way she would ever go for the idea of grafting your DNA onto that of animals in order to create your very own bloodthirsty hybrid child to raise. As Splice amply illustrates, the consequences for such an undeniably unwise decision go beyond moral ones. 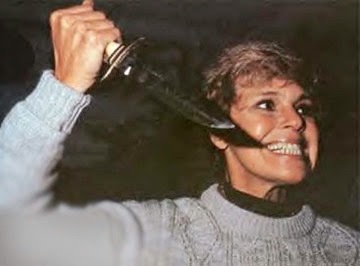 The Title She Didn’t Earn: Mirror of Justice

While the Catechism notes that “it is praiseworthy to impose restitution to correct vices and maintain justice. If anger reaches the point of a deliberate desire to kill or seriously wound a neighbor, it is gravely against charity; it is a mortal sin.” Mrs. Voorhees definitely set a bad example for her child when it came to the proper dispensation of justice. 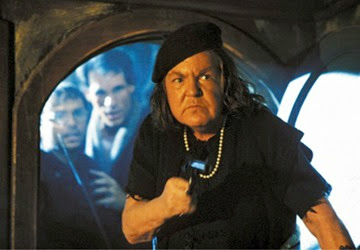 Who She Is: Mama Fratelli (The Goonies)

The Title She Didn’t Earn: Mother of Good Counsel

Do I really need to quote the Catechism to point out that instructing your kids to be gangsters, even if it’s bumbling inept ones, is not the epitome of good counsel? 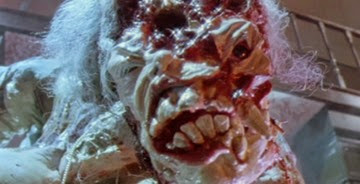 Who She Is: Vera Cosgrove (Dead Alive)

The Title She Didn’t Earn: Vessel of Selfless Devotion

Sure, all mothers should be selflessly devoted to their children, but such devotion should never turn a dark corner into possessiveness. The Catechism explains that “parents must regard their children as children of God and respect them as human persons.” That means, as part of a parent’s proper devotion, we have to let our children go when the time comes. Vera never really learned that lesson. Well, at least that’s the impression I got as she literally tried to shove her middle aged son back inside her womb. 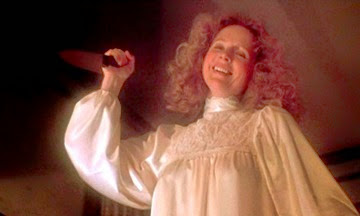 Who She Is: Margaret White (Carrie)

The Title She Didn’t Earn: Comfort of the Troubled

So what do you do when your daughter, with whom you’ve never discussed the facts of life, has her first menstruation in the school shower right in front of every mean girl on the class roll? Well, if you’re Margaret White, you lock her in a closet with the creepiest statue of Jesus ever made and force her to say prayers for two hours. The Lord told us in Isaiah 66:13 that “As a mother comforts her child, so I will comfort you;".” Let’s hope he was talking about a different mom than Margaret. 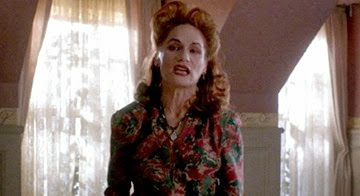 Who She Is: Woman (The People Under The Stairs)

The Title She Didn’t Earn: Virgin Gentle in Mercy

The Catechism notes that “the works of mercy are charitable actions by which we come to the aid of our neighbor in his spiritual and bodily necessities.” The unnamed mother in The People Under The Stairs must not have gotten that memo because her solution to providing for her neighbor’s bodily necessities was to lock them in her cellar and toss them scraps every now and then. (Also, considering her husband wore a Gimp suit half the time, I can’t vouch for the virgin part of the title either.) 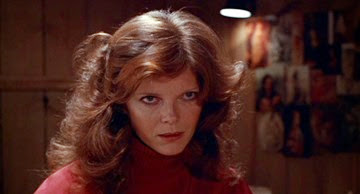 Who She Is: Nola Carveth (The Brood)

The Title She Didn’t Earn: Queen of Peace

“Earthly peace is the image and fruit of the peace of Christ.” the Catechism tells us. I’m pretty sure that psychosomatically generating murderous rage-filled children from your body does nothing to engender peace, earthly or otherwise. It’s also pretty gross.

Okay, okay, that should be enough to get the point across. It’s not always easy to emulate the Mother of God. Fortunately, she knows that and is more than willing to put in a good word for us with her son. In case you’re interested, one of the more traditional ways we can ask for her intercession is by praying The Litany of The Blessed Virgin Mary. Plus, that particular prayer is also a good way to pick up a few more titles to call her by. Why not give it a try?

Godzilla eye candy!! I don't usually do this sort of thing, but I think you really want to enter this:

I think you may be right :)