Killer’s Moon (1978) Schoolgirls break down near an asylum where inmates are secretly dosed with LSD. Blasé attitude towards rape ruins a decent setup. TIL: Human experimentation is not morally legitimate without the informed consent of the subject. The insane can't give that. 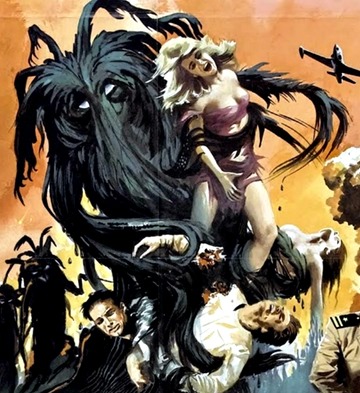 Your daily dose of culture courtesy of The Navy vs. the Night Monsters (1966) - “The rolling stone rolls echoing from rock to rock; but the rolling stone is dead. The moss is silent because the moss is alive.” - G.K. Chesterton

Posted by EegahInc at Wednesday, December 26, 2018