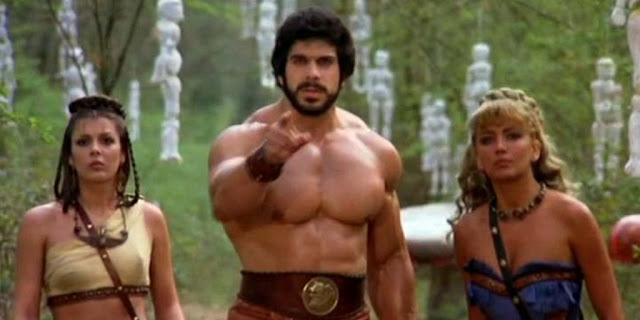 The Adventures of Hercules (1985) Lou Ferrigno returns as the buff demigod of do you even lift bros. Not as crazed as the first flick, but still plenty of goofiness to go around. TIL: As Jesus is considered God Incarnate, fully divine and human, he is not a half-breed demigod.

THIS JUST IN! Poop researchers (job goals!) believe the builders of Stonehenge ate worm-infested raw liver. Forget the literacy, economics, and human rights that Christianity offered, maybe it was the chance at cleaner meals that helped convert the pagans.