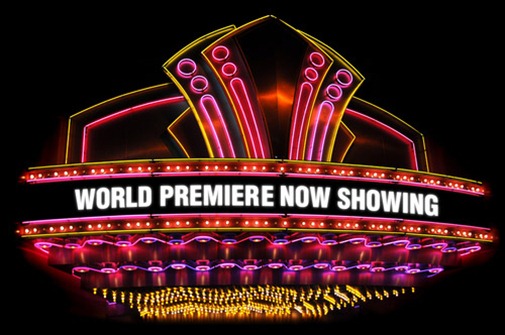 Not getting your fill of of flicks and Catholicism around these parts? Not to worry, there’s plenty more showing around the blogosphere right now.

First up is… well, to be honest, it’s more of ME! While I will continue as always to examine the sometimes tenuous connection between faith and bad movies here at the B-Movie Catechism, the kind folks at Aleteia have asked me if I wouldn’t mind offering my take on some of the new releases being unleashed on unwary moviegoers these days. So if for some reason you feel compelled to find out what I think about films with real budgets starring people you’ve actually heard about before, be sure to head over to Aleteia and check out my new column. The inaugural review features this month’s hopeful (but unlikely) successor to all that Twilight moola… Beautiful Creatures.

However, if teen romance isn’t what you’re looking for in a movie this coming weekend, then maybe the adult variety will do. For that, the folks at Catholic Media Review have a few brief words to say about Safe Haven.

It’s early in the year, but chances are neither of those films is likely to win any Oscar nominations when the time rolls around. That’s fine though, since fewer and fewer people are watching the Academy Awards anyway. With this year’s ceremonies less than a week away, Catholic Skywalker offers a few suggestions on how to fix the Oscars and make them more enjoyable to watch.

But whether you sit through the Academy Awards or not, be sure to hang around the television set in March as the History Channel airs its original miniseries, The Bible. Donald R. McClarey from The American Catholic can’t decide from the trailer if the show is going to be worth spending time with or not, but he does have some thoughts on why its very existence might be good either way.

In less palatable movie news, the recently released McAleese Report on the Magdalene laundries indicates that most (but not all) of the tales of abuse at the infamous nun run facility were fabricated. In light of that news, Trent Horn over at Catholic Answers takes another look at the 2002 film The Magdalene Sisters and ponders how Catholics should respond to a movie designed to make people hate nuns.

And finally, for those still skeptical about why myself and others waste so much valuable time on all this stuff, Screenwriter John Darrouzet has started a new series of posts over at Catholic Stand designed to help those who would like to learn how to find faith at the movies.

Happy reading, see you next time.

What we need next is a sort of personalized movie review system. Like, I pay you a small fee, you watch the movie I submit to you, then you give me a rundown about whether or not to bother. Because Netflix's matrix seems to think that I'm going to like an awful lot of straight up rubbish.

Until such time, I'm just happy the interwebs are getting more Ives movie reviews.

Hey, Netflix thinks I like rubbish as well! Don't know where they got that idea :)

My only worry with the Aleteia deal is that everyone will learn what a true movie snob I actually am. We'll see...