Ghoulies (1984) Doofus follows in dad's footsteps and summons imps to help him sire an heir. Maybe he should have just tried Viagra instead. TIL: Because they aid rather than restrict the conjugal act, ED drugs are considered morally licit. Black magic is still out however. 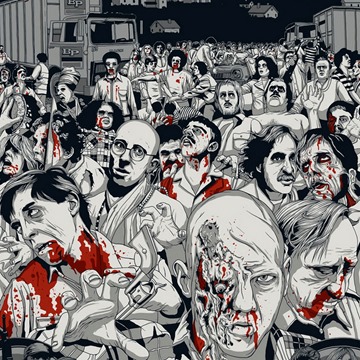 Your daily dose of culture courtesy of Dawn of the Dead (2014) - “Whenever you find yourself on the side of the majority, it is time to pause and reflect.” - Mark Twain