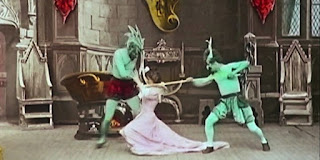 The Infernal Cauldron (1903) Hand-colored demons boil sinners in a giant pot to create new ghosts until things go wrong. Another enjoyable silent psychotic interlude from Georges Méliès. TIL: St. Antipas was boiled alive after being placed inside a bronze bull-shaped cauldron.

Hey, it looks like the atheists are finally discovering the historical fact that Halloween never had any pagan roots and is mostly a combination of Christian religious observance and local customs. Now if only we could get the Baptists to do the same :) 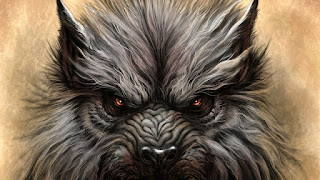 Meanwhile, over at Aleteia, Philip Kosloski is asking one of the more important questions of the season, "Can a werewolf receive communion?"