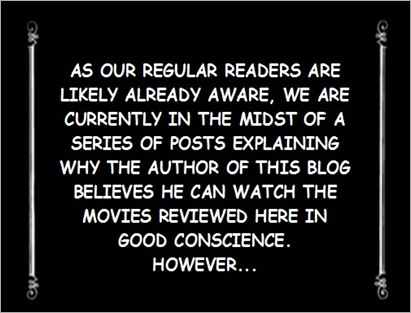 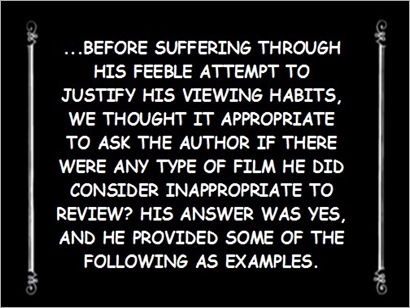 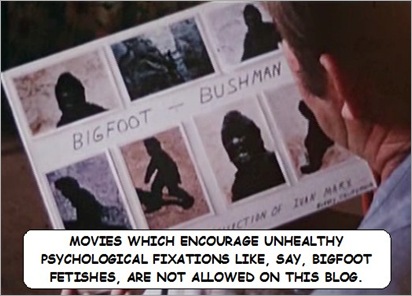 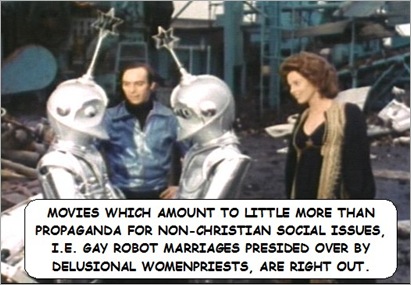 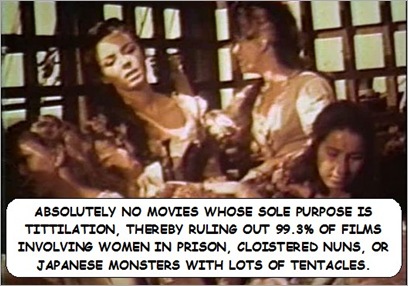 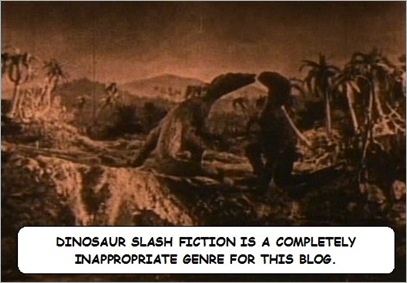 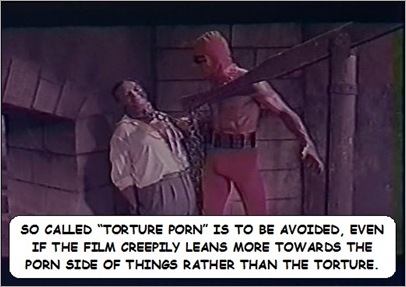 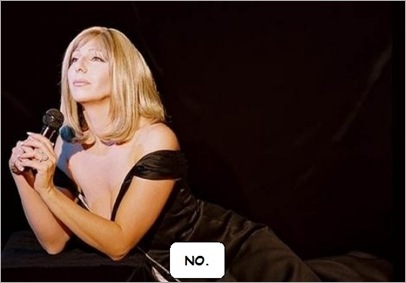 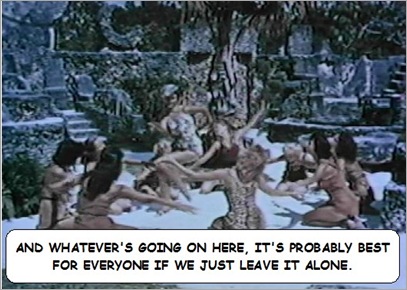 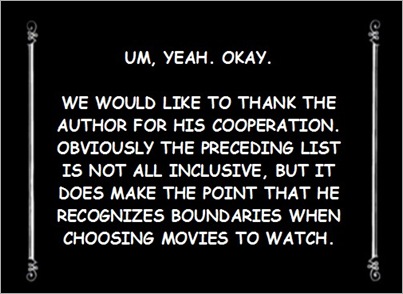 Speaking of standards, why did your anti-phishing challenge word for me come up as 'queetr'? That's mighty qu..., odd!

So, where does the tower scene in Conan the Barbarian fall? Too salacious? Or would you not consider it a B-Movie, and hence beyond the scope of this post? How 'bout Conan the Destroyer, which we can all agree is a B-Movie?

Somebody at Greasemonkey really needs to come up with a hack that allows bloggers to create their own captcha words.

Oh, and if you haven't already done it, would you consider reviewing "Zardoz"? I think it is the worst movie I've ever seen, 'though before seeing it I would have said no movie that had Sean Connery running around in a speedo was unwatchable. I'm probably scarred for life.

Considering everything I've thrown out so far on the topic, I'd say, for me, both Conans get a pass because they were made for other reasons than just ogling flesh. However, Barbara The Barbarian, made soon after, is right out :)

(Sorry. While I was working at the theater in college, my roomate was managing the mom and pop video store next door. He always used to read me the titles on the boxes of the... um, adult selections they kept in the back.)

Zardoz! Would you believe I've never seen the end of that? Give me a few weeks to get it in the mail and I'll happily see what I can do with it.

Speaking of your standards, I mentioned them in this post: http://clawoftheconciliator.blogspot.com/2008/10/blob.html

Except in this case the movie is probably too GOOD for your tastes... ;-)

Heck I'd avoid those style of movies to, and I don't have any religious beliefs holding me back either.

I understand, naveed, those Streisand films cross all boundaries and can scar the mind and soul of any man :)

I was taken as a young teen to Yentl. I think my mom made us all go. After the second-hour rolled by, my dad leaned over and whispered, "Maybe we'll get lucky and the Germans will invade and put some action in this movie."

Streisand singing and Mandy Patinkin NOT singing! What's not to like!

Thanks for the laugh!