OH MY GOD: THE NAVEL GAZING FOLLOW-UP POST THAT WAS TOO LONG TO LEAVE IN THE COMMENTS SECTION 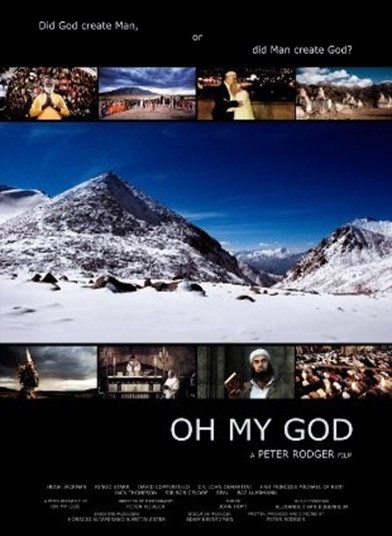 For filmmakers everywhere the final moments of Jay and Silent Bob Strike Back (2001) must have been like seeing there darkest fantasies come true. In case you haven’t seen the movie, that’s the part where the titular characters use their newfound wealth to traverse the globe and beat the living snot out of every single film critic wannabe who ever posted something negative about their movie on the Internet.

In real life you could never approve of those kinds of actions, of course, but you can easily understand the feelings behind them. Take Peter Rodger, the writer/director of the upcoming documentary Oh My God, for example. Here’s a man who spent three years of his life putting together his first major film, a project which must have entailed a lot of physical, emotional, and professional investment, and what’s one of the first things about his movie he runs across on the Internet? Some anonymous guy (some day I’ll have to explain the reasons I don’t use my real name) on a B-level Catholic movie blog who hasn’t seen the film yet, but who still managed to find some things he saw in the trailer to complain about. I’d imagine that could get under a person’s skin. And that’s why it was only mildly surprising to see a post show up in the comboxes this morning by someone claiming to be Peter Rodger (it’s the Internet, so I want to make it clear that I have no way of verifying in this instance that it was indeed the man himself) expressing unhappiness over my concerns. He wrote:

“You really should go see the film. It might open your eyes a bit. The filmmaker.”

Unfortunately, that’s all he wrote. And with only that little bit to go on, I have to say I was left with the same impression as that of commenter Scott W. who noted that “Modern progressivist thinking has devolved to "agree with me or shut up!" for some time now. To wit: lots of pop-culture ephemera proposes to enlighten us rubes with Some Great Insight That Has Eluded Man For Ages.” That may sound like a harsh interpretation of one sentence, but I hope Mr. Rodger understands that the entertainment industry here in the United States is overflowing with narcissistic nitwits harboring an open contempt for what they view as the unenlightened masses. We’re kind of used to being looked down upon by our celebrities.

But maybe it’s different down under. In an attempt to be charitable, let’s suppose that Mr. Rodger’s comments were a spur of the moment gut response meant to express disappointment rather than condescension. If so, then his declaration that “it might open your eyes a bit” could simply mean that his film will actually address the small list of concerns I had upon viewing the trailer. Maybe the film really will accurately portray each individual religion’s teachings on God rather than just parading a long line of freakish nutcases who practice their own twisted take on the various belief systems. And maybe the film really will transcend the perceived bias in the trailer and ultimately point out, as commenter Rick hopes, “that we are wired for God or as St. Augustine puts it, "Our hearts are restless until they rest on Thee my Lord." That would be nice, even if happens unintentionally.

And if that is indeed the case, Mr. Rodger (if it really was you), then please feel free to let all of us here know that’s what your note meant and I’ll happily pimp your movie some more. If not, well, at least you already got some publicity out of all this anyway. 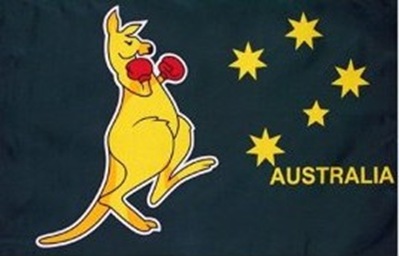 P.S. Phil, my man, if you were gonna drag Hugh Jackman and Baz Luhrmann into your film, couldn’t you have snagged Nicole Kidman as well? Her and my wife share some facial features so she’s the only actress I can openly praise without getting the stink-eye.

Email ThisBlogThis!Share to TwitterShare to FacebookShare to Pinterest
Labels: From The Management, Things To Come

Although I don't know Mr. Roger, I assumed that it wasn't him from the start because, in his favor, I have a hard time believing he would leave a flimsy one-liner backhand and sign his name, "The filmmaker".

Now, the "don't comment 'till you have seen it" thing has some merit, but lately it has become a dogma--and an unreasonable one at that because those of us with lots of experience going to films can't simply unremember the 6.023x10^23 times that a film confirmed our expectations gleaned from the trailer and other pre-release sources. A film is a product. I'm all for products. I'm all for making a buck off products. I'm all for making a buck off products that also happen to demonstrate genuine creativity and even offer profound life-changing insights. But, obviously, there are lots of products out there all competing for the limited resources of our time, attention, and money. How to filter? Experience like I mentioned, and relying on the testimony of people's whose taste and opinions we trust. I don't wish that Roger's film goes down in box-office flames. More power to him if it's a hit. I'm just sayin that I get to actually sit down in a theater maybe 2-3 times a year. I love it, but I'm going to be a REAL HARD SELL for burning up one of those times; and when what appeared to be the Jack Rackham of Agnosticism showed up in the trailer ("Avast! Any scallywag be tellin' ye who God is, they be tryin' to pass ye some pretty weak grog! Arr!"), along with the amusment, I also perceived some substantial sales resistance in response to what seemed like The Same Old Crap.

"I have a hard time believing he would leave a flimsy one-liner backhand and sign his name."

Probably not. Since Rodger wrote the film as well as directed it, I doubt he could have got some of the names to sign on that he did if that comment was the best retort he had to offer. Still, I can play around as well as the next guy, and it's always fun to try and get these kind of trolls to engage in something beyond the usual hit and run. I think I've managed to pull it off once in ten years.

I hate to put myself out there on the "wrong" side, but I must say that the filmmaker's response echoed exactly what I thought upon reading your original commentary. It seemed to me to be straining at gnats and looking for the very worst. I understand that is often what we get, but when I looked at everything what I saw was someone trying to put things in such a light as to pull in the widest possible audience ... including those of us who like Hugh Jackman.

I appreciate you mentioning the film since I hadn't heard of it but the extreme examination under the microscope seemed a bit ... well ... extreme.

An appropriately positive take from The Happy Catholic :)

Like I said in both posts, I could be wrong. In fact, I hope I am wrong and the comment Rick left turns out to be what appears in the film. It'll be interesting to find out.

And I kid Hugh Jackman because, well, he deserves it after Van Helsing. But he's forever redeemed after The Prestige, so I'm a fan.

Tell you what, I'll post another trailer for an upcoming documentary you may not have heard of and I promise to be at a little nicer this time.

Van Helsing ... now THAT is a nice scarey thing to think of with Halloween coming up. One of the worst movies I ever suffered through, due to Rose's birthday party that year featuring it as the central entertainment. Our oldest daughter and I sat in the back, making jeering comments to each other.

On the other hand, though, it lead to quite a theological conversation in both cars on the way home. Can't remember what about at this point, but there's nothing like Catholic school kids to bring it back to theology ... especially if some of them are mine. :-D

Hugh Jackman, Ringo Starr, David Copperfield have done wonderful performance. I watched this movie with my friends in a theater. Trust me guys we enjoyed alot this movie, honestly I tell u that it is an amazing movie which I have never seen before. So Go and Watch Oh My God? movie, Don't miss this marvelous movie.