Ahhh, if only every crummy movie I’ve watched could be this unintentionally hilarious. From the first moment when Satan appears in the form of a king cobra and bashes his skull against the clearly visible pane of glass the prop crew placed between the snake and the actor (you can actually hear the thud), all the way to the final confrontation between the priest and a stuffed snake head on a stick, Jaws Of Satan is a treat for the bad effects connoisseur. And the acting is little better, as this scene amply demonstrates. 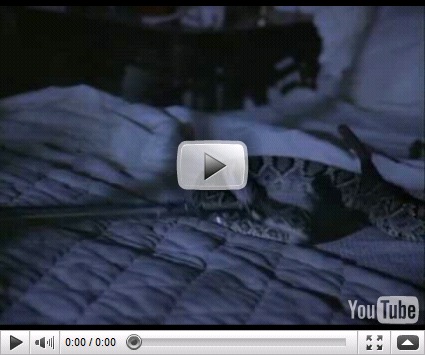 Never has a defenseless, trapped animal generated so much fear from the characters onscreen! Oh well, considering how many times I’ve been summoned home from the office to dispatch whatever poor king snake was dumb enough to trespass on our property and set off my wife’s Ophidiophobia, I suppose I can empathize just a little. You see, even though my bride understands, as the Catechism confirms, that “the account of the fall in Genesis 3 uses figurative language”, there’s still no convincing her that snakes are not the spawn of Satan who must be crushed beneath my heels, or better yet, put to the machete (as a deterrence to the other snakes to keep them from sunning themselves on our drive, you understand).

So why snakes? Couldn’t the Devil just as easily have used some other animal to carry out his actions? How about one of those squirrels who raid our bird feeder every 15 minutes? Surely one those thieving yard rats could house the spirit of Satan. Writing in Volume 2 of The Literal Meaning of Genesis, St. Augustine explains, “If someone should ask why the Devil was allowed to carry out the temptation through a serpent particularly, the authority of Scripture should be enough to suggest that it happened with some meaning intended. After all, in speaking divinely Scripture deals with a whole universe of things revealed by God corresponding in a way to this natural universe of ours which is full of the works of His hands. Not that the Devil wished to symbolize something for our instruction, but since he could not have approached man to tempt him without God’s permission, he surely could not have used any other creature in this act than the one allowed him.”

So why snakes? Well, according to an article on LiveScience, “research suggests humans have evolved an innate tendency to sense snakes - and spiders, too - and to learn to fear them… The idea is that throughout evolutionary history, humans that learned quickly to fear snakes would have been at an advantage to survive and reproduce.” If this is true, then it would make sense that the imagery of the serpent is a perfect fit, literally and figuratively, for the Devil whose snares we are to avoid at all costs. Now how do you suppose the author of Genesis knew that?

You know, all this talk of snakes has reminded me that it’s Summer Camp season, so I thought I’d throw in a bonus clip to remind all you kids to behave and listen to your counselors. Like they used to tell us at the Church Of The Nazarene camp I attended, “Don’t you boys and girls try and slip off into the woods together because (literally and figuratively) there’s snakes out there!” 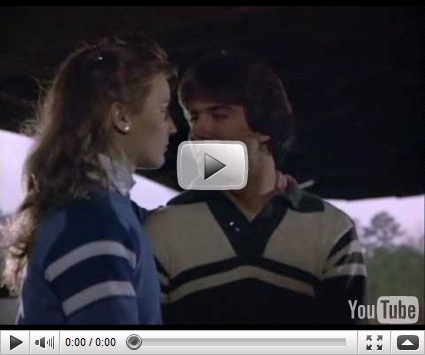 "There's snakes out there"?

I would think a better warning would be:

Now THAT would save some lives.

No doubt, but I don't think it was my life they were worried about, it was... [looks down]... my misunderstanding.

jasmine said...
This comment has been removed by the author.
5:44 AM

by the way i am a fan of watching horror movies and i have also downloaded so many movies through Download Horror Movies. but i am not that much choosy kind of person. if a movie is nice then i don't mind it watching weather it is horror or comedy or any thing else. this movie also seems good to me.

Come out of her, my people, that ye be not partakers of her sins, and that ye receive not of her plagues. For her sins have reached unto heaven, and God hath remembered her iniquities.

Try to Curse II - The Bite if you can find it. It is equally laughable, if not more so.

That's the snake-hand one, right? Or is that the one with Wesley Crusher? I get my Curse movies mixed up. Oh well, good cheesy fun all the way around either way.