Good evening Mr. & Mrs. Catholic, and all you other Christians at sea. Welcome back to the Newsreel, brought to you once again by the fine folks at Acts of the Apostasy, home of the 3 1/2 Time-Outs Tuesday. This week we take yet another look into what scientists are spending all of our tax funded research dollars on. Money well spent? You be the judge. Now off to press. 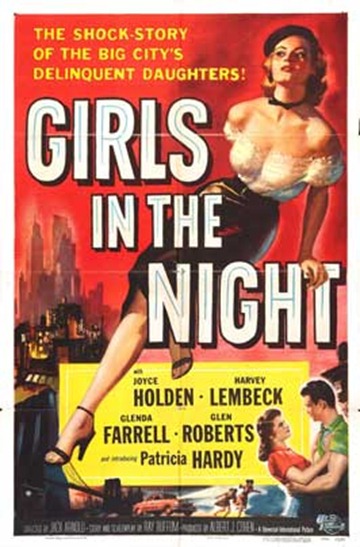 A new study published in the Journal of Sex Research entitled “Pornography Actresses: An Assessment of the Damaged Goods Hypothesis” reports some shocking conclusions. According to the researchers, “In terms of psychological characteristics, porn actresses had higher levels of self-esteem, positive feelings, social support, sexual satisfaction, and spirituality compared to the matched group,” all of this despite the fact that “women working in porn tried more drugs, had their first sexual experience at a younger age and had more sexual partners than those in the sample group.” Right. The flaw in the study, obviously, is that the positive results are based on the secular understanding of “self-esteem”, or as we like to refer to it around here, that relativistic self-centered state of mind that judges every situation on whether or not it hurts your feelings, and one which often leads to the development of narcissism and a sense of self-entitlement. And because secularized self-esteem is based on nothing but feelings, it is by nature transient and subject to change on a moment’s notice. Ask these same women the same questions five years from now when the money has dried up, the drugs have taken their toll, and the silicone has started to leak, and it’s quite possible the results will be startlingly different. Better to stick with the Christian version of self-esteem. As Msgr. Cormac Burke writes, “The Christian's self-esteem, his or her sense of self-worth, is both simple and extraordinary, inasmuch as it combines two very contrasting extremes. On the one hand I, as a Christian, know that I am a son of God; on the other, I know that I am a sinner in need of redemption. There is no greater sense of dignity and worth, and no greater sense of misery and danger. If I die loving God and others, I am saved. If I die loving just myself, I am lost. Christian education and formation — lifetime tasks — are fundamentally aimed at helping me take stock of my dignity, to grow in it with God's help and at the same time to fight against all inbuilt tendencies such as vanity, envy, greed or lust that turn me in on myself.” Maybe the modern problem of not being able to distinguish between false self-esteem and true self worth lies in the fact that people are just getting dumber. At least that’s what a paper published in the journal Trends in Genetics by Stanford University researcher Gerald Crabtree suggests. According to Prof. Crabtree, “The development of our intellectual abilities and the optimization of thousands of intelligence genes probably occurred in relatively non-verbal, dispersed groups of peoples before our ancestors emerged from Africa.” Since then, it’s been a slow downward spiral of intelligence as advancements in technology have removed our need to think creatively in order to survive. A number of scientists have immediately disagreed with Crabtree’s conclusions because, well, nobody likes being called stupid, yet Crabtree stands by his hypothesis. But even if he is right, Crabtree says not to worry because by the time we’re in danger of living in a world full of morons science should be able to “magically correct” the problem through genetic manipulation. Because as we’ve learned from movies like Scanners, nothing could possibly go wrong with that idea. But an even more immediate problem than the threat of telepathic mutants is the fact that Crabtree’s time calculations may be off a decimal or two. In case the good professor didn’t notice, even though our country just went through a four year decline in which the poor became poorer and religious freedom came under serious prolonged attack, the American people just voted back in almost every Democrat and Republican who helped exacerbate the mess to begin with. You know, those geneticists might want to get to work really quick. 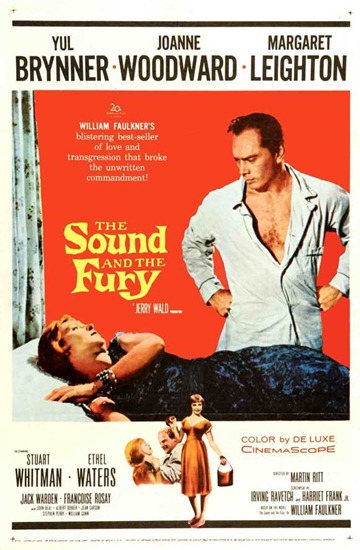 If all of the wacky scientific studies we’ve shared over the past few months haven’t been enough to make you cover your ears to shut them out, then this next one is sure to do the trick. In a study published in the Journal of Neuroscience, “Newcastle University scientists reveal the interaction between the region of the brain that processes sound, the auditory cortex, and the amygdala, which is active in the processing of negative emotions when we hear unpleasant sounds. Brain imaging has shown that when we hear an unpleasant noise the amygdala modulates the response of the auditory cortex heightening activity and provoking our negative reaction.” The fact that our brains actually heighten unpleasant sounds suggests to Dr Sukhbinder Kumar that our strong adverse reactions to certain noises might be a sort of primitive distress signal. This idea appears to be backed up by the top ten sounds identified by test subjects as the most unpleasant to the human ear. The list includes: 1. Knife on a bottle 2. Fork on a glass 3. Chalk on a blackboard 4. Ruler on a bottle 5. Nails on a blackboard 6. Female scream 7. Angle Grinder 8. Brakes on a cycle squealing 9. Baby crying 10. Electric drill. Since the responsorial Psalm set to a Cha Cha Cha melody which was heard at our local parish a few weeks ago mysteriously did not appear on the list, we can only assume it came in at number eleven. 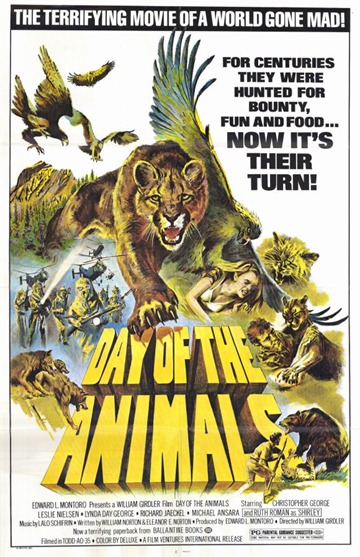 And in closing, we share with you this story of a deer who assaulted two men and then jumped inside their truck and stole their cigarettes. Police eventually arrived and tased the animal, but not before it finished eating the smokes. There’s probably a moral in there somewhere, but we’re still looking for it.

And on that note, we sign off the Newsreel for this week, as is our custom, with the immortal words of the great Les Nessman. Good evening, and may the good news be yours.

And that poster of Yul Brynner with HAIR is even more disturbingly unnatural than the killer pink banana.

Although the CBS article strangely includes the word religious (probably on purpose), the study itself uses the word spirituality. In short, they avoid the word which has objective measurements and instead go with the one which is entirely subjective. Plus, the article is silent on where the sample pool was drawn from (and I'm not picking up the Journal of Sex Research to find out), so who knows how representative it truly is.

And, yeah, I'm driven now to find out what happened to Brynner's hair.

Well, that was easy. Turns out he shaved his head for The King and I and decided to keep it that way the rest of his life.