THE B-LIST: 6 WAYS TO END THE WORLD

In case you’ve somehow missed all the hype over the past few years, December 21, 2012 marks the last day of the 13th b'ak'tun according to the Mesoamerican Long Count calendar. And since the Mayans believed the previous world ended after 13 b'ak'tuns, that naturally means our current world is supposed to expire in a couple of weeks. Unfortunately, the Mayans didn’t leave us any clues as to how this cataclysm is supposed to take place, so we’ll just have to use our imaginations. But however it happens, I sure hope it’s something strange and unusual rather than just the typical rogue asteroid or nuclear disaster we’ve seen ad nauseum in countless Hollywood productions. No, if the Earth is actually to be destroyed rather than being saved in the final reel, I think it should be in a way that’s really weird, perhaps something similar to the doomsdays portrayed in these movies… 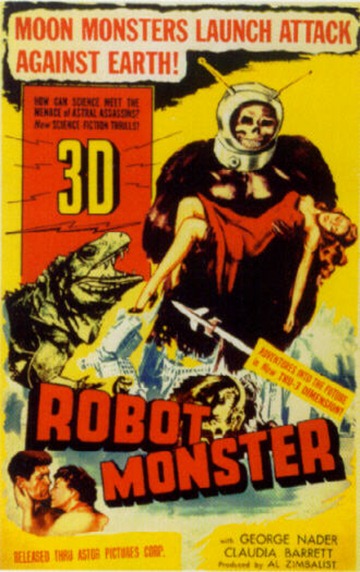 Robot Monster was only the third movie ever reviewed here at the B-Movie Catechism (hard to believe I’ve been allowed to get away with this for almost six years now), and even way back then I took note of the completely loopy finale in which the eeevil Ro-Man destroys all life on Earth with a machine that emits soap bubbles and sparklers. 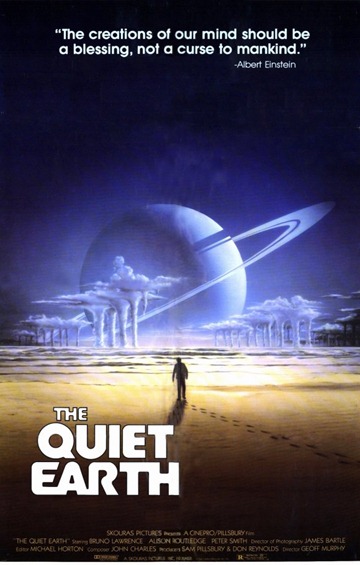 In this artsy undertaking, well meaning scientists attempt to create a world-wide energy grid, but like the dumb careless dolts movie scientists always are, they instead screw up the laws of physics and erase everyone off the planet. 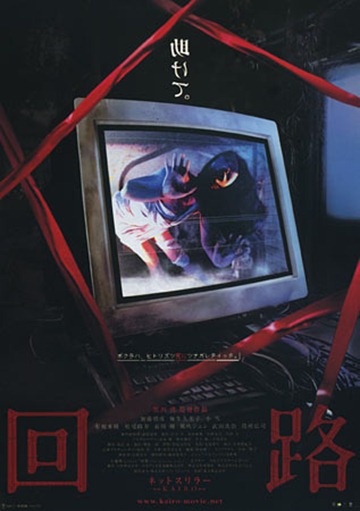 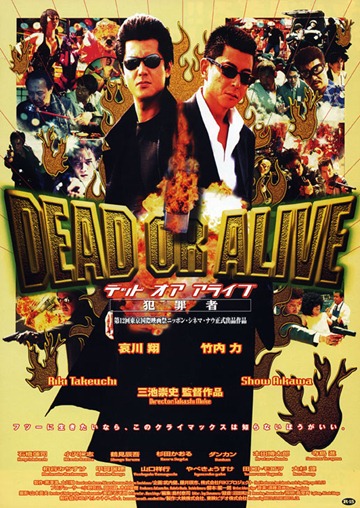 Now if you like your endings to come completely out of nowhere, you certanly won’t walk away unsatisfied from this movie. It features a climax in which a member of the Yakuza suddenly develops hitherto unseen super powers, goes all Dragonball on his opponent, and finally produces a fireball from his chest that causes the planet to explode. 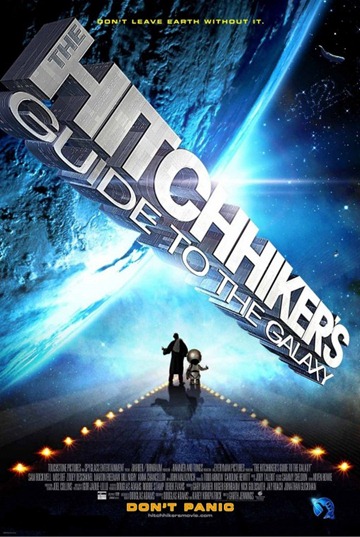 As if you didn’t know this one already, the Earth is demolished by an alien construction crew in order to make way for an intergalactic highway. Talk about inefficient governments. I guess this is what happens when you ignore subsidiarity. 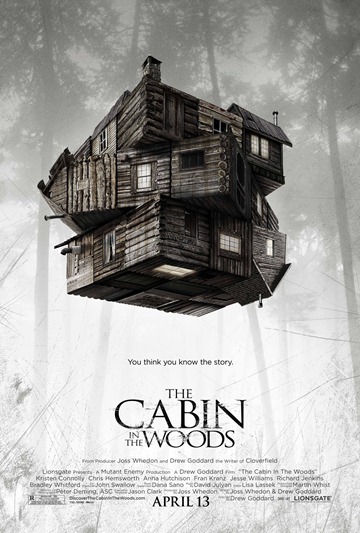 And finally, there’s this Joss Whedon effort. Without giving too much away, cause you really don’t want to know the ending before you see it, let’s just say that the world is done in because some people refuse to accept the necessity of horror movies. Take that, critics of my viewing habits.

Actually, I suppose when you think about it, non-believers probably find what we Christians claim will happen at the end of the world just as strange sounding as the finales of some of these movies. The Church teaches that after a period ruled by “The Antichrist, a pseudo-messianism by which man glorifies himself in place of God and of his Messiah come in the flesh” (which seems to be just about the whole history of man, doesn’t it), Christ will return with all his angels, the dead in Christ shall be raised in their glorified bodies, and those Christians still living will be transformed into the same in the "twinkling of an eye". After the final judgment, those who make the cut will continue on into a new reality in the presence of God. It’s so spectacular it makes you wonder how many Christians actually believe it will happen.

But those of us with faith do, that’s why “when the Church celebrates the liturgy of Advent each year, she makes present this ancient expectancy of the Messiah, for by sharing in the long preparation for the Savior's first coming, the faithful renew their ardent desire for his second coming. (CCC 524)” So if the world really is going to end on December 12 right smack dab in the middle of Advent, as a Christian I can only say bring it on, I’m looking forward to it.

Really, all the best stories come from the Bible. Like, the jaw droppingly, amazingly original ones. Everything else is just a sad, dim reflection.

And how is there a J Horror film I missed? That's unpossible. Better watch it soon, in case the Mayans were right.

And if we're all going down this month, I'd like to be like the woman in the first picture- slim, in a snappy red dress, and clearly taking a well-deserved nap.

Yessss! "Pulse" is on Netflix streaming. So long, edifying historical novel about the Civil War and race relations I was planning on reading. Hellllloooo J Horror!

I'm not sure that's a screaming endorsement for the good influence I have on others :)

At any rate, seeing as you're a J Horror fan, I probably don't have to warn you to leave your logic at the door before watching Pulse.

I LOVED Cabin in the Woods!!! (On a bizarrely unrelated note, I'm currently hosting a readalong of Little House in the Big Woods.) I tried writing a review as soon as I saw it, but I think I may have to watch it again--on DVD, at home, so that I can take notes--before I can write anything decent about it.

Yeah, that one's definitely worth a few viewings. I think it's one of those that will develop its own cult following over the years.