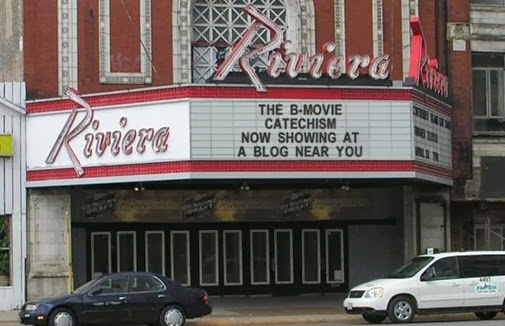 I felt like I needed a break from all the planet shattering destruction to be found at the local cineplexes (at least for a day or two), so I decided to take in Giacomo Campiotti’s Mary of Nazareth for Aleteia this week. It’s probably not going to make the list of ten best biblical epics of all time, but it’s a decent movie with a few nice touches. Marya Jauregui from Catholic Mom has pretty much the same impression of The Christmas Candle, the first movie produced by former Senator Rick Santorum.

Now if you’ve just got to have a religious epic, though, then you’re probably going to have to wait for Darren Aronofsky’s Noah, coming out in March 2014. Peter Chattaway has an exhaustive frame-by-frame breakdown of the first trailer over at Film Chat.

As for non-biblical epics, you might remember that a few weeks ago I reviewed Ender’s Game, the adaptation of Orson Scott Crad’s classic sci-fi novel. Well, some other folks have finally gotten around to seeing it, and as I expected, those who were really big fans of the book were a little disappointed in some of the things left out of the movie. If you want to know just how much didn’t make the transition, then look no further than Jimmy Akin’s review for all the disappointing details. Jordan J. Ballor over at the Acton Institute, however, still managed to find some good moral lessons in what was still left in there.

Speaking of recent releases people are still talking about, Alfonso Cuarón’s Gravity is still impressing people, as this piece by Daniel McInerny illustrates.

But enough of all that serious stuff, let’s have some fun. Otaku Catholic recently watched the anime series, The Devil Is a Part-Timer, in which an extra-dimensional Satan gets trapped in our world and decides to get a job at McDonald’s. Meanwhile, in other comic related news, Matt Archbold has a post up about Catholic with capes, those super-heroes with strong ties to Rome. And if those guys aren’t Catholic enough for you, there’s always Father Dangerous: Bionic Priest whose first trailer is up and running at YouTube (h/t Mark Shea).

Finally, if you haven’t had enough goofiness, Donald R. McClarey takes a little time at The American Catholic to discuss Shakespeare in its original Klingon.

And with that, we’ll leave you until next time. See you then.

Speaking of movies referencing Noah, I wondered how you define a B-Movie? Often it's by budget (or lack thereof). Sometimes by subject (wouldn't you consider Earth Girls Are Easy? as a B-Movie?) Other times by inept direction (in some case by the very name of the director, i.e. Roger Corman.) So how would you classify SciFI Channel's Monster Ark?

"So how would you classify SciFI Channel's Monster Ark?"

Proof that evil exists in the world!

Actually, it pretty much qualifies as a B-Movie by every standard you mentioned.