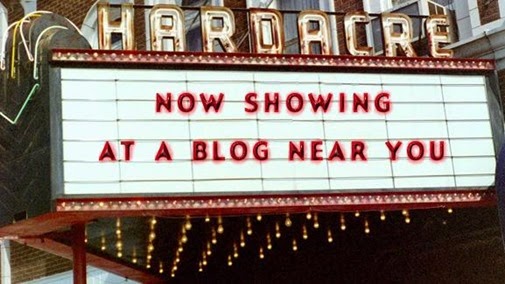 Well, after a little work related hiatus, I’m back over at Aleteia this week. Now, the big release this weekend is “Fifty Shades of Grey,” but after reading about the book when it was released, and after seeing the cringe inducing trailers for the movie adaptation, I just couldn’t. Maybe if it had a guy in a rubber monster suit, but probably not considering what they’d likely use it for. Instead, I decided to take a look at “Old Fashioned,” the faith-based alternative which tells the tale of two people attempting a non-sexual courtship. Like other recent movies made by evangelicals, it tries hard to cut down on the preachiness and stick to the story. And like those others, it doesn’t quite succeed. Still, it’s got its good points and its fine for Christian date night.

If you’d rather just avoid the theaters altogether and watch something at home for Valentine’s weekend, then K. V. Turley over at Catholic World Report has just the film for you. “Casablanca,” he finds, is a deep portrayal of love and the struggle to do what is right in the face of passion and temptation. Plus, let’s face it, it’s just a cool movie.

Not so cool, at least according to many of my fellow critics, is “Jupiter Ascending,” the latest science fiction epic from the Wachowski brothers. It currently holds a 22% Rotten Tomatoes rating, which makes it one of the worst reviewed movie so far this year. That’s bunk according to The SCi-Fi Catholic, who finds the film to be a fun popcorn flick with a surprisingly strong Catholic message.

Probably not so Catholic will be the message carried by “Lucifer,” the adaptation of the Sandman spin-off comic which featured Satan abandoning Hell and moving to Los Angeles. Over at The National Catholic Register, Matt Archbold discusses the creative minds behind the show and finds little hope that the finished product will be a morally uplifting affair.

If that’s the kind of film you’re looking for, then your best shot is stop by the Bible Films Blog. This week, Matt Page is elated to find that Mark Goodacre’s Celluloid Jesus pages are back. Matt particularly enjoyed the discussion on the parallels between “Jesus of Nazareth” and “Life of Brian,” and has a few things to add on the topic.

And finally, as I’m sure you’re aware, the Academy Awards are just around the corner. Like most people, you probably didn’t see the majority of this year’s nominees for best picture (I’ve seen them all, but I like to suffer for my art), so if you’d rather see some praise directed towards movies audiences actually bought tickets for, why not stop by Catholic Skywalker’s place where he’s handing out his annual “Kal-Els.” And yes, he explains the name.

And that should keep you busy reading until we meet again. See you then.

The panning of Jupiter Ascending really is inexplicable to me. At the worst, I think it should have gotten an "Eh, it's not awful." Certainly parts of it could have been improved, but I was quite entertained.

You would probably appreciate the reviews from NPR's Pop Culture Happy Hour podcast. Most of them really enjoyed it.