THE TWILIGHT BINGE #012: WHAT YOU NEED 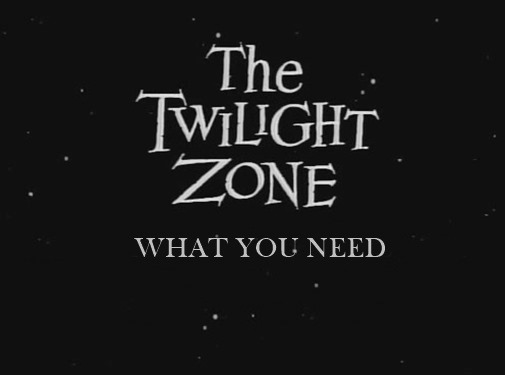 “Pedott is an enigmatic sidewalk peddler with the uncanny ability to give people the item they will soon desperately need—before they even know why they'll need it. He gives Lefty, a washed-up ballplayer, a ticket to Scranton moments before Lefty gets a call offering him a coaching job in Scranton. Fred Renard, a violent, bitter failure of a man, demands Pedott give him what he needs. Frightened, Pedott produces a pair of scissors. Renard is mystified...until a hotel elevator door closes on his tie and scissors prove very handy. But Renard wants much more.”

“You can't always get what you want,” sang Mick Jagger back in 1969, before going on to add, “but if you try sometime, you find, you get what you need.” It’s kind of hard not to hear that tune playing in the back of your mind every time this episode rolls around. Of course, What You Need appeared a decade before The Rolling Stones warbled out their similarly themed hit, so maybe they actually had Serling’s story playing in the back of their own minds while writing the lyrics. Hey, it’s the Twilight Zone; stranger things have happened.

Airing on December 25, 1959 (Rod Serling’s 35th birthday by the way), What You Need is a holiday-appropriate morality tale about those who give freely and those who take by demand, mixed with a dash of the old monkey’s paw for good measure. The taker, in this instance, is the noirish no-goodnik Fred Renard, a man who thinks life owes him everything and hasn’t gotten around to paying up yet. The giver is the mysterious peddler Mr. Pedott who, much like Henry J. Fate from Mr. Denton on Doomsday, seems to have a little bit of everything in his magic case. Well, almost. As Pedott tells the increasingly belligerent Renard, “The things you need most I can't supply. Serenity, peace of mind, humor, the ability to laugh at yourself… patience.” 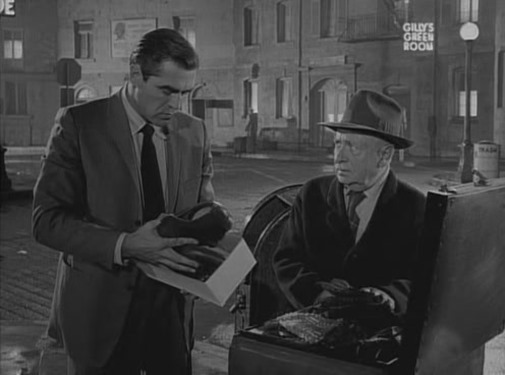 With dialogue like that, it’s obvious What You Need isn’t trying to be clever and bury its message in subtext. Although it’s got another one of Serling’s patented twists at the end involving a pair of slippery shoes, overall the episode is a pretty straight forward tale about the need to find solace in interior peace rather than to keep vainly seeking the fleeting comforts of this world. Of course, the call to seek inner peace is a platitude easier placed on self-help book shelves than it is to actually put into practice. That’s why Saint Leonard of Port Maurice, a 16th century Franciscan friar remembered primarily for his evangelistic preaching (which is probably why he doesn’t get a lot of attention these days), offered a few suggestions on how to obtain peace of soul.

1. Form no attachments to anything but God. Everything else should be viewed as to how it relates (or doesn’t) to the creator.

2. Trust in Divine Providence. God’s “mind” is bigger than the universe so there’s a good chance he knows what he’s doing. Have faith in that.

3. Welcome suffering when it comes. Not a popular suggestion, for sure, but hard times are probably the best opportunity to experience solidarity with Christ.

4. Don’t try to do more than your situation allows. You don’t have to single-handedly run the church council, feed the city’s poor, visit every prisoner, etc. etc.

Okay, so a lot of that isn’t easy either. It’s admittedly much more expedient to try and find contentment in earthly things. But seeing how that approach worked out for Renard in tonight’s episode, maybe trying things Saint Leonard’s way is the better method in the long run.

Twilight Tidbits: At one point, Renard opens up a newspaper and lays it out on the floor. Blink and you might miss the ominous headline which reads, “H-BOMB CAPABLE OF TOTAL DESTRUCTION.” We last saw that exact same paper being read by one Mr. Henry Bemis in Time Enough At Last.