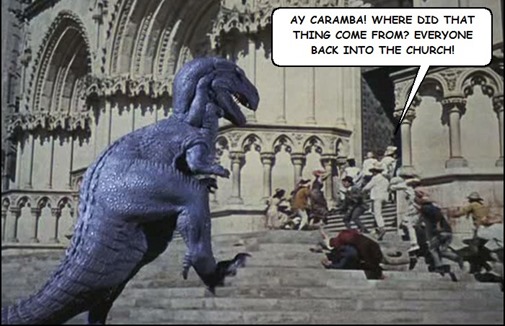 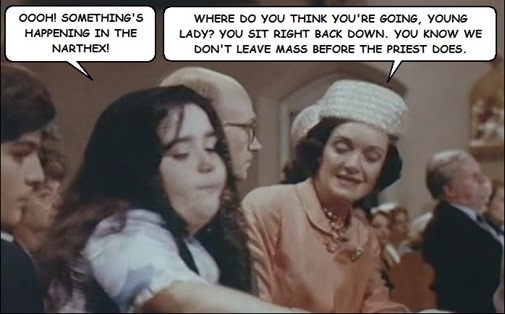 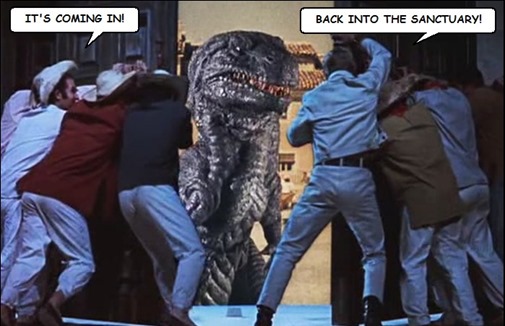 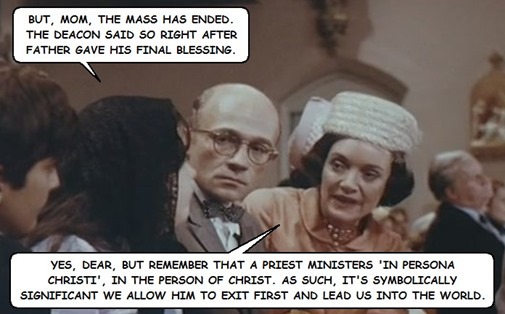 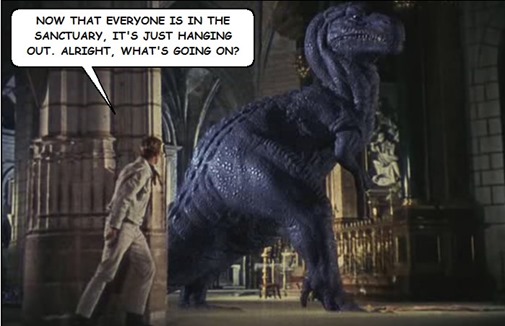 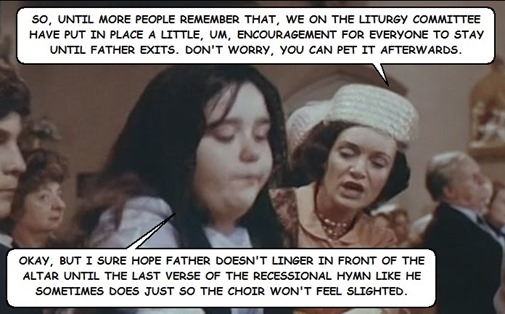 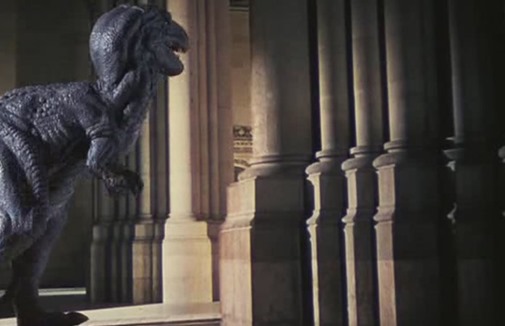 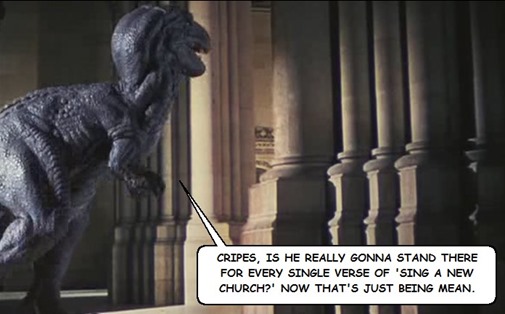 Image Notes: Pretty sure most readers will recognize the dinosaur shots from the Harryhausen classic, Valley of Gwangi. The family in the pews comes from the creepy proto-slasher, Alice, Sweet Alice aka Communion.

Yeah. "Sing a New Church" disposes the propriety of waiting for the priest to leave. Or the rules to leave in a calm orderly fashion. You could "fire!" during that hymn and I wouldn't arrest you.

I tossed around a few names trying to decide which hymn to put in there, then I remembered Sing A New Church and it was no contest.

So, last weekend I finally saw "Eegah" via MST3K, and I have to ask...

If it's about my nom de plume, there's a long, boring explanation with no deep meaning that predates my return to the Church. It's more fun to leave it at ????

So, last weekend I finally saw "Eegah" via MST3K,

Small world. I was holed up in a hotel having fled Charleston, and caught MSt/Eegah on TV.

Fair enough. My own nom de plume was completely spur of the moment. If they redo the Xena TV show the way they're talking about, I'm going to have to change it. I don't think you have to worry much about that. ;)