Think Big (1989) Truckers hauling toxic waste call on their lucky chicken bone to help a teen in trouble. It's The Barbarian Brothers, of course it's goofy. TIL: Items such as religious medals aren't lucky charms, but physical reminders of God and the communion of saints. 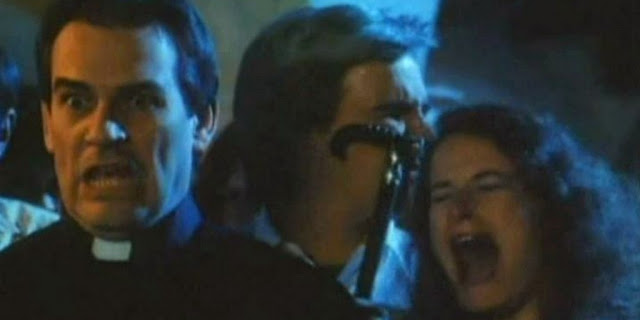 The Laughing Dead (1989) A faithless priest, ex-nun, their son (!), and others meet Mayan monsters during Día de los Muertos. If only it were any good. TIL: Laughing during Easter mass was an accepted Bavarian custom before it was prohibited by Pope Clement X due to its abuse.