THE B-LIST – THE TOP 6 WORST PLACES TO BE BURIED

While recently reading through the Catechism in one year as a part of the Year of Faith (Day 185 to be precise), I ran across a quote from St. Monica regarding the handling of her mortal remains after her approaching death. “Put this body anywhere!” she said, “Don't trouble yourselves about it! I simply ask you to remember me at the Lord's altar wherever you are.” The good lady said this because she understood, as the Catechism explains, that “the Eucharistic sacrifice is also offered for the faithful departed who ‘have died in Christ but are not yet wholly purified,’ so that they may be able to enter into the light and peace of Christ.” So, saint or no saint, Monica was taking the possibility of time in purgatory seriously and wanted to make she was covered in case of that outcome.
Still, I have to wonder if she would have been quite so nonchalant about her body’s resting place if she had seen some of the movies I have. Here are some of the worst places in cinema history to be buried. 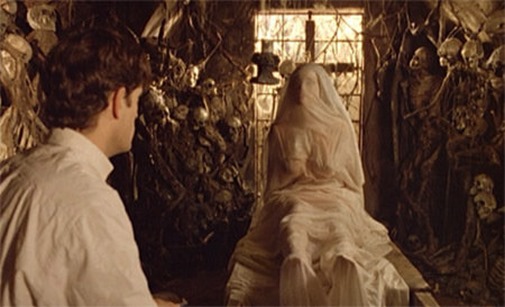 1. Buffalora Cemetery from Cemetery Man (1994)
Sure, we Christians believe in a bodily resurrection, but we prefer to wait until Jesus comes back around before we get to it. At Buffalora, you’re barely in the ground before you’re back up and looking for a quick snack… of human flesh! 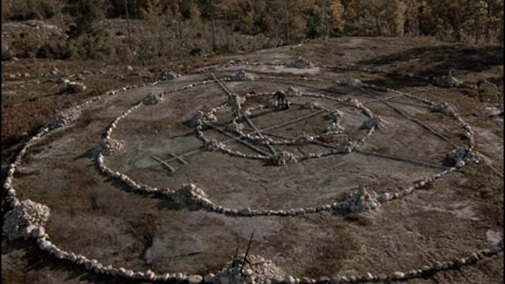 2. The pet cemetery from Pet Sematary (1989)
Pretty much the same situation as Buffalora, except you have the added olfactory displeasure of waking up next to a bunch of dead cats. 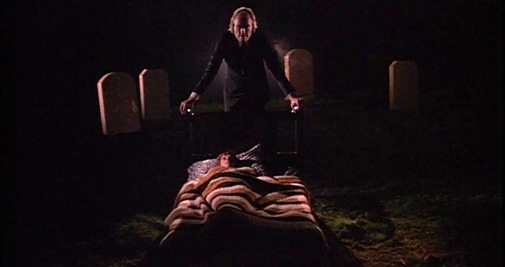 3. Morningside Cemetery from Phantasm (1979)
Still, being a zombie isn’t the worst thing you could come back as. If you have the misfortune to be laid to rest at Morningside, there’s a strong possibility the Tall Man will dig you up and compress your body into that of a mindless inter-dimensional dwarf. Then he’ll dress you up like a Jawa.

4. Cuesta Verde Estates from Poltergeist (1982)
While being dug up is no fun, getting to stay in the ground is no picnic in a horror film either. There’s always the chance some land developer will decide to build a subdivision on top of you, requiring your ghost to cause a little ruckus to get them to leave. 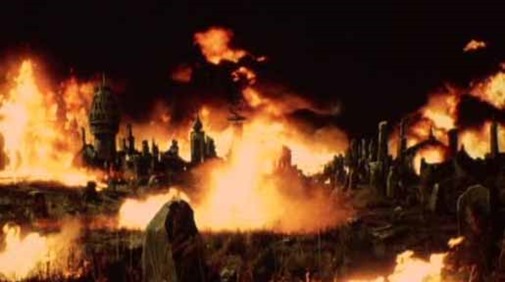 5. Midian from Nightbreed (1990)
And if it’s not the humans moving in, it’s the monsters. The main problem with having a bunch of mutants build a city underneath your gravesite is that the local backwoods militia won’t like it, and they always seem to have a few rocket launchers sitting around. 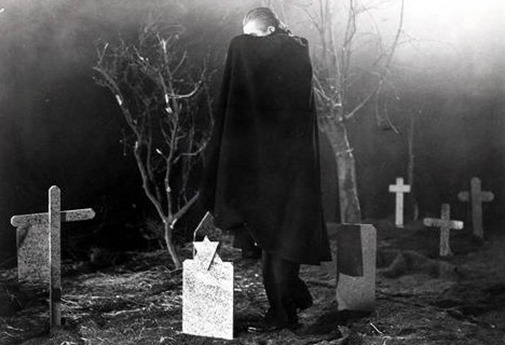 6. The unnamed cemetery from Plan 9 from Outer Space (1959)
Now you’d think the problem here would be the aliens running around trying to resurrect the dead for their own evil purposes, but that’s not really it. The problem is all the cheap cardboard tombstones. We pay you guys thousands of dollars for a site and a marker and that’s all we can expect? Put a little effort into it, why don’t you?
Oh well, it’s all temporary after all.
Posted by EegahInc at Tuesday, April 23, 2013

Email ThisBlogThis!Share to TwitterShare to FacebookShare to Pinterest
Labels: The B-List, Year Of Faith

The cemeteries in both "Nightmare Before Christmas" and the Addams Family movies. Though I love both these films, there's something about having my final resting place be the backdrop for romantic meetings that makes me want to rise from the grave and yell, "GET A ROOM!"

7. The Haitian graveyard in The Serpent and the Rainbow after being hit with the zombie powder.

Those are good ones. I actually had a few more that involved bodies being dug up and eaten, but I thought that might be in (ahem) bad taste.

The cemetery in I Bury the Living, where you have to climb out of your grave or get back in whenever the guy in the office changes the color of your pin, like a post-mortem game of Simon Says (OK, I exaggerate).

Did you ever do a review of this movie? It does show a few touches of genuine imagination.

I haven't seen I Bury The Living in a long time. I'll have to watch it again.