THE B-LIST: 5 MOVIES YOU WOULDN’T SUSPECT WERE ADAPTED FROM BOOKS

For Aleteia this past weekend, I watched the latest film version of F. Scott Fitzgerald’s required reading, The Great Gatsby. You know, it’s always interesting watching a movie based on a novel, if for no other reason than to see how a director meets the challenges of bringing certain passages to the screen. And it’s not a problem just for A-listers like Baz Luhrmann, B-movie directors have a hard time of it as well. What’s that you say, you didn’t know bad movies also occasionally started out as books? It’s true, and to prove it, here’s a handful of celluloid hack jobs that once started out as hardbacks. 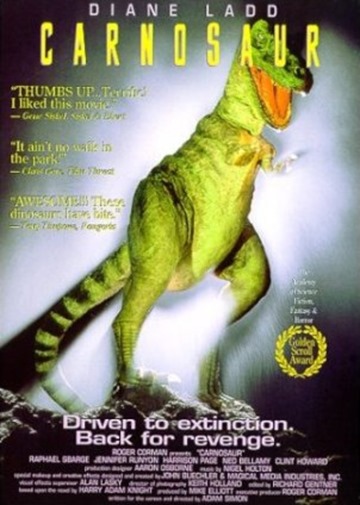 Oh yes, believe it or not, the screenplay for Roger Corman’s quicky cash-in on Jurassic Park (so quick it actually managed to come out first) was adapted from the 1984 novel Carnosaur written by John Brosnan under the pseudonym of Harry Adam Knight. Troll around the internet and you’ll be amazed to find a few fans who appreciate Brosnan’s Carnosaur more than they do Michael Crichton’s Jurassic Park. However, I think it’s safe to say you’d be hard pressed to find the same for the movies. 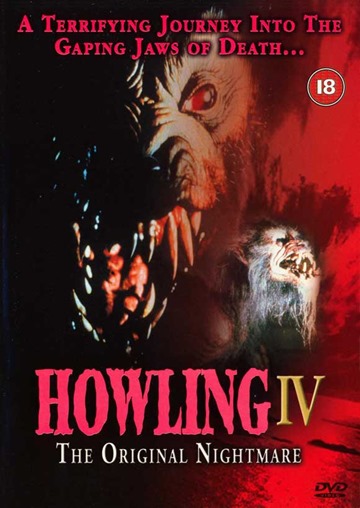 Now most people are aware that Joe Dante’s classic 1981 werewolf flick The Howling was based on a book, but what only the people who actually read Gary Brandner’s 1977 novel realize is that Dante’s final screenplay bears no resemblence whatsoever to the source material except for the idea of werewolves running around somewhere in California. It wasn’t until the 1988 direct-to-video sequel that Brandner’s original storyline finally appeared onscreen. Although gorehounds fondly remember the movie for the scene in which a man melts into a puddle of goo and reforms as a werewolf, most fans of the Bradner’s book probably feel the movie wasn’t worth the wait. 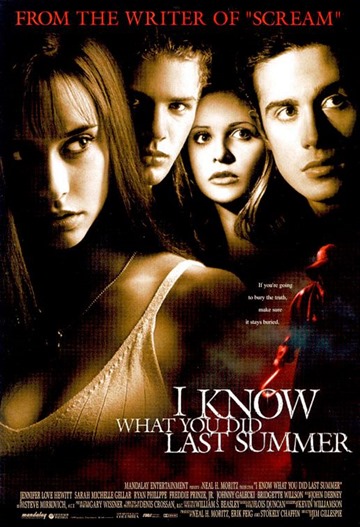 I Know What You Did Last Summer

Probably the most successful of the Scream knock-offs, the Kevin Williamson penned I Know What You Did Last Summer was actually an adaptation of the 1973 Young Adult novel of the same name written by prolific YA author Lois Duncan. Just like many an ashamed actor, it seems the Young Adult genre has a few slashers in its past. 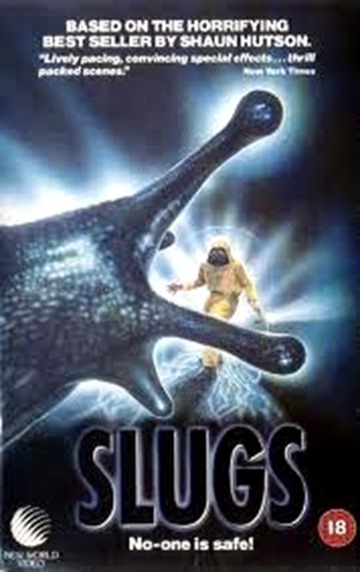 They Slime... They ooze... They kill... and they did it in Shaun Hutson’s 1982 novel six years before Juan Piquer Simón’s cult classic hit the big screen. Slugs was just one of many killer animal books to hit the spinner racks back in the 70s/80s, a fun mini-genre that included such gems as Guy N. Smith’s killer crab series and James Herbert’s mutant rats saga, both of which also saw low budget film adaptations. 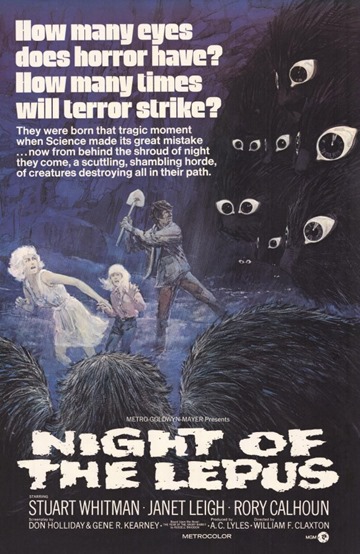 Night of the Lepus

And finally, as hard as it may be to imagine, the story which inspired everyone’s favorite 1972 flick featuring Dr. McCoy battling a horde of giant-sized hares first appeared in Russell Braddon’s 1964 novel, The Year Of The Angry Rabbit. As silly as the movie is, the book was sillier, going so far as to include an Australian prime minister hell bent on taking over the entire world using behemoth bunnies.

There’s many more such treasures, but that should be enough to have you searching the shelves of your local used book store for something to take with you to the beach this summer. I suppose some of you might opt for a classic like The Great Gatsby instead, but hey, some people are just weird that way.

Of course, who says you have to choose one way or the other? Why not have both? If you haven’t lined up your summer reading just yet, why not check out a few sites where you can find a little bit of everything for all tastes. Tucked among the tomes on The Happy Catholic Bookshelf, you’ll find everything from books on church architecture to the weird worlds of Philip K. Dick. For those with kids, The Catholic Book Blogger has a number of suggestions. And if you just want some old fashioned genre goodness, the Christian Science Fiction & Fantasy Blog Tour offers a monthly discussion on some of the more interesting book selections out there.

Or you could just do what I do most of the time and wait for the movie to come out. That works too.

Not really a B-Movie, but the last "Pirates of the Caribbean" film was based on a source novel by the (very Catholic) fantasy author Tim Powers, "On Stranger Tides".

Although I've got The Stress of Her Regard sitting in line on my Kindle, I haven't read any of Powers books yet. I guess I'll have to grab On Stranger Tides as well.

Please DO NOT EVER stop writing this blog! I learned SO MUCH from just this ONE post that it feels like my head is going to explode.

I come here for the daily dose of Vitamin Joy!

And I am not being a sarcastic dillweed right now. I am being, as my students say, "super-serious, brozilla."

This makes me feel better, 'cause I'm rereading "Moby Dick" for the first time in 20+ yrs. right now, and had a huge movie craving--and it wasn't the Gregory Peck film, either. But Ricardo Montalban was a devout Catholic, so it's okay, right?

"Please DO NOT EVER stop writing this blog!"

I'll be around at least until the villagers with torches and pitchforks show up (I've been expecting them for years now).

I started about half a year ago, but stalled out once they got on the ship. My Kindle says I've been sitting at 35% done for a few months now.