It’s Mother’s Day, so there’s going to be lots of lists out there covering the best and worst moms the movies have to offer. For the more mainstream choices, Steven D. Greydanus’ top ten moms over at Catholic Digest is as good a place as any to start. But given the kinds of stuff we watch around these parts, we thought there might just be a few movie moms deserving of honors who’ll probably get overlooked by those other lists, ladies like… 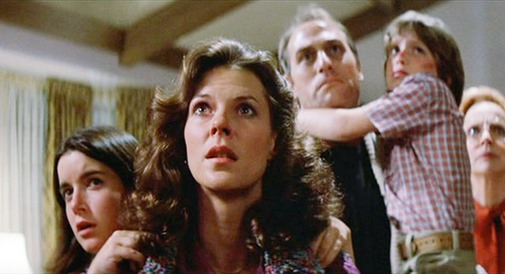 Sure, she’s got a bad habit or two left over from the late 60s, but when all is said and done, there’s a reason Mrs. Freleng is in the foreground in this image. Amidst all the madness going on in their household, Diane is the glue that holds the Freleng clan together. She knows when to be sensitive and hold a funeral for a dead bird and she knows when to get tough and demand her husband be a man. Plus, she’s quick to jump into another dimension if that’s what her children need from her. 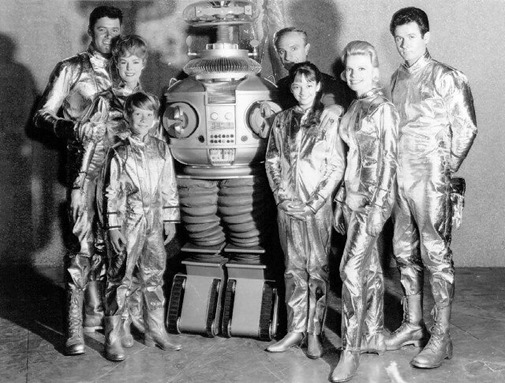 Maureen Robinson from Lost In Space

The simple fact that she patiently managed to keep everyone from murdering Dr. Smith for all those years should be enough to qualify Mrs. Robinson for sainthood, but throw in the fact that she was also a biochemist, expert gardener, and expert tracker (How many times did those freakin’ kids run off, anyway?), and there’s no doubt that Maureen was the real deal when it came to motherhood. 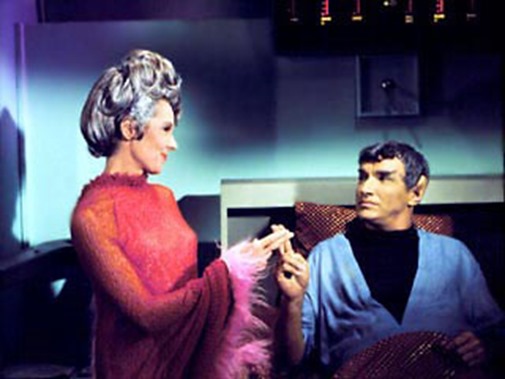 There are few more admired figures in science fiction than Mr. Spock, but like many a successful man, there’s a good mother behind him. Amanda was the one who was always there for Spock during all those tortuous years in which classmates bullied the boy for his mixed heritage and his father expressed little more than disappointment in his progress. And her love for her son never wavered once, even despite the fact that his training prevented him from ever telling her that he loved her back. But a mother knows. 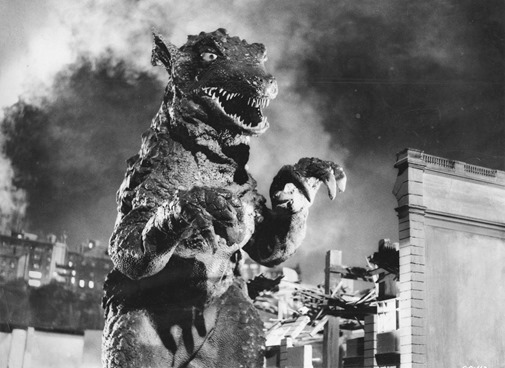 Sure, the overprotective single mother is something of a cliché, but it’s not so without its reasons. And who could be a better example of how far a mother will go to protect her child than Gorgo? Nobody takes her baby unless they want their city flattened when she comes to take him back. And you can tell it’s an act of love rather than one of vengeance because once she finds her little boy, the destruction stops and they simply go home. And I’ll bet the kid probably got time out for wandering to far from home to begin with. Gorgo seems like the type not to shy away from discipline.

That’s our quick list. Let us know of any others that come to mind.

Until nest time, Happy Mother’s Day to all you moms out there. May Saint Monica intercede for you, so that you may continue to draw your children to God and forever remain close to them, even the prodigal sons and daughters who have sadly gone astray. Amen.

Barf. Greydanus' mothers and fathers lists makes me crazy. I knew yours would be the tonic to the cuckoo I needed.

I'm with Cari--the only one on Greydanus' list I love is Signourney Weaver in "Aliens", and not the hug & comfort scene, either. Go Gorgo!

I'd like to nominate the mother in "Independence Day" 'cause she chose life and is trying to make a 2 parent family for her child. And she doesn't take any crap.

I probably could have thought of quite a few more, but after reading the list at Catholic Digest, I felt compelled to churn something out before mass, something a little more in tune with my tastes.

Jasmine's from ID4 (never understood that abbreviation)a good one. I also thought about Morticia Addams. In real life her family would be considered sociopaths, of course, but in the bizarro fictional world they inhabit not only is she a devoted mother who's always joyful over a new addition, but also she never short changes her role as a wife either.

Morticia Addams- absolutely. All usual caveats about sociopaths included, of course. In both TV and film (never read much of the print comic, sadly), she's also a gracious hostess who demonstrates generosity of spirit.