Sure, my personal preferences in movies runs towards alien invasions and things that go bump in the night, but that doesn’t mean I’m not a sucker for a good low budget documentary when one rolls around. And this one currently making the festival rounds has caught my attention… 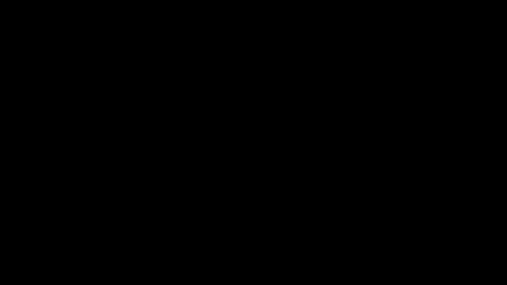 As noted in Variety, Holy Rollers “chronicles what happens when two normally well-separated worlds collide. Its subjects are a group of young Christians, mostly from the Pacific Northwest, who realized they could make rent and devote more time to the Lord's business by training themselves to count cards at casino blackjack tables… [The] protagonists might easily be taken for 30-ish hipsters, but appearances deceive: they're all pastors, church leaders and/or congregants very much dedicated to their faith… Most struggle to support young families and spend time in worship-related activities while working as public schoolteachers, in construction, etc. Then Seattle-based friends Ben Crawford and Colin Jones hit upon the idea of counting cards.”

Now this documentary is interesting to me because, having spent a number of years as a protestant, I know that many (though not all) evangelical churches view gambling as a sin, not because it’s forbidden in the Bible (its not even mentioned), but because of the potential negative affects it can have on a person, ranging from the possible encouragement of greed and avarice to the potential for gambling to turn into an addiction. For Catholics, however, it’s a wee bit more nuanced than simply saying that gambling is wrong. The Catechism states that “games of chance (card games, etc.) or wagers are not in themselves contrary to justice.” but are “morally unacceptable when they deprive someone of what is necessary to provide for his needs and those of others [or] the passion for gambling risks becoming an enslavement.” This is consistent with Catholic teaching on other activities wherein the action itself is not considered inherently good or bad, but the purpose behind the action and/or the consequences resulting from the action may be so. But the folks in Holy Rollers aren’t Catholic. And unfortunately, as Variety reports, Holy Rollers “major omission is that it doesn't describe the precise tenets or logistics of their spiritual practices, though their sincerity is never in doubt.” So there’s no way to tell if these particular Christians are violating their own church’s teachings. The trailer seems to want you to think that’s the case, but it would be nice if they explicitly said so, that way you’d know you’re not just watching another documentary about some guys counting cards.

Which brings up another problem, now that I think of it. The Catechism goes on to say that “unfair wagers and cheating at games constitute grave matter, unless the damage inflicted is so slight that the one who suffers it cannot reasonably consider it significant.” So cheating in a casino, where there are monetary ramifications, would definitely be a sin. The problem is, counting cards isn’t cheating. Even the courts have agreed that counting cards (using only your brain) is nothing more than using a developed skill to gain an edge in a game. Some casinos don’t like it and will give you the boot if you get caught (which is their right as the property owner), but it’s not illegal or immoral. So if Variety’s review is accurate, this whole documentary seems to built around the tension wrought by these Christians who are sinning and/or violating the tenets of their faith, when in fact they are doing neither.

But maybe there’s more to it. I’ll probably watch it just to judge for myself. So what does everyone else think? Is Holy Rollers going to be any good? Want to place a little bet on it?

Interesting post. I probably wouldn't normally have wanted to see this, but now you have me curious.

If you need something a little more Catholic there's always "Bingo! The Documentary" from 1999 :)