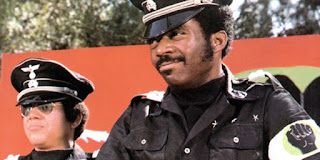 The Black Gestapo (1975) California funded private militia become the monsters they were formed to fight. Stupid, trashy, and hopefully not prescient. TIL: As the Catechism declares, social justice can be obtained only in respecting the transcendent dignity of men. All men. 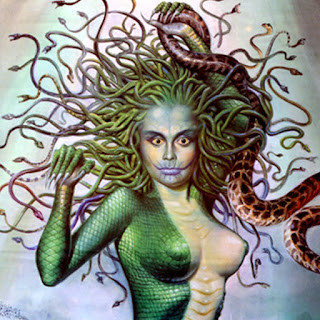 One Sheet Words of Wisdom: The Snake Girl (1974) "Anyone who trusts a serpent deserves its bite. The wise see a creature for what it is, not what it says it may be." - Alice Hoffman 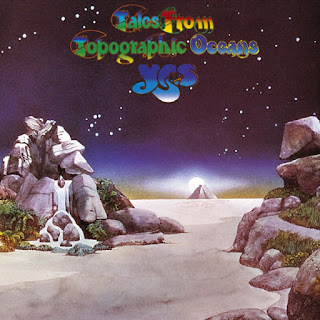 Dad Rock Diary: Yes - Tales From Topographic Oceans (1973) Anderson ponders his yogi's words. Slowly. If you like songs under 18 minutes, don't bother dropping the needle Laudable Lyrics: Young Christians see it from the beginning. Old people feel it, that's what they're saying.

Tales from Topographic Oceans is sometimes regarded as the true Yes-fan test. I can get through it but it's a chore. As reviewer put it: everytime it starts rockin, soon the drums slip away leaving Jon to warble ethereally about birds and mountains. "The birds could fly away. The mountains weren't so lucky."

It can be a slog, but if I'm in the mood I really like it.