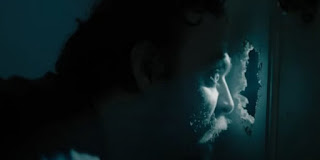 After Midnight (2019) Heartbroken dude must deal with a monster at his door. Selfish characters are a bit off-putting until you realize that's the point. TIL: Romans does warn, "for those who are self-seeking... there will be wrath and fury." It didn't mention monsters, though.

Things To Come: THE UNHOLY This is based on a James Herbert novel, so it may not end up being just another boring anti-religious screed. Still, given the tone-deaf timing of the release date, I'm not holding out too much hope. We'll see.

Actually, I'm mixed on this. I like the names James Herbert and Sam Raimi attached to it. Plus, the trailer makes it clear the Church is investigating what is going on in the story and doesn't just immediately accept it as something good (just like in real life). BUT, I've been burnt too many times before by Hollywood's portrayal of Catholicism, so I'm leery. Plus, I'm Catholic, so I'm a bit protective of Mary, and that poster and tagline feels just a little too Jack Chick for my tastes.