Hellgate (1989) Not to begrudge Ron Palillo work, but how this incoherent Horshack fanfiction got made will forever be a mystery. But, hey, maybe it's your thing. TIL: St. Thomas Aquinas, not one to mince words, described the gates of hell as "the madness of heretics." 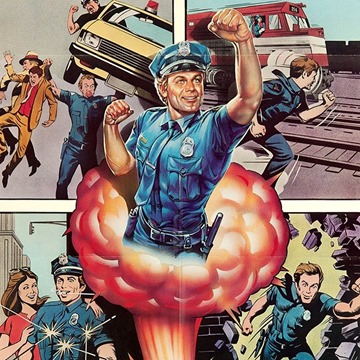 Your daily dose of cuture courtesy of Super Fuzz (1980) - “It is our duty as men and women to proceed as though the limits of our abilities do not exist.” -Pierre Teilhard de Chardin