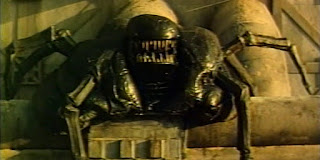 Forbidden World (1982) In space, no one can hear you scream. Thanks to Roger Corman, though, they can see you butt-naked a whole heck of a lot. TIL: Some believe Adam and Eve's shame over their nakedness was a metaphor for feeling exposed to God because of their disobedience. 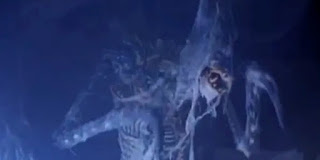 Dead Space (1991) Corman's company recycles its own scripts with this less wackadoodle take on 1982's Forbidden World. Both the budget and returns are diminished. TIL: The four gospels repeat the same story, but with different demographics, cultures, and educations in mind.

Posted by EegahInc at Saturday, September 11, 2021