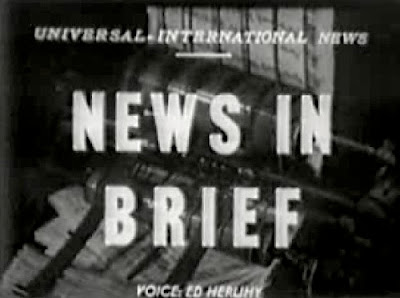 Good evening Mr. and Mrs. Catholic and all you other Christians at sea. As no horde of torch wielding mobs descended upon the offices of Eegah, Inc. last week demanding this feature be discontinued, we diligently continue our trek through the wilds of celebrity culture in order to capture the news you really care about. (Okay, so nobody really clamored for it's return either, but our reporters gleefully take your silence as approval.) Remember, today's gossip is tomorrow's bible study. Now, let's go to press.

DATELINE: HOLLYWOOD - WHAT GOES STRAIGHT UP MUST COME DOWN... MESSILY

Monstersandcritics.com brings to our attention the latest meltdown by American Idol host Paula Abdul after her recent firing from the Bratz movie. In case you weren't aware, a live action movie based on the skanky pedophilia-encouraging line of dolls is scheduled to be released in August of this year. While many might consider being excommunicated from this movie a blessing in disguise, Ms. Abdul was filmed exclaiming "Where's God when you need him...I love what I do, this was going to be a great project for me to work on." This would seem to be a blatant case of what Pope Benedict XVI calls, in reference to Deuteronomy 6:16, "putting God to the test." Writing in his recently released book Jesus of Nazareth, the Pontiff says we often demand that God "submit to the conditions that we say are necessary if we are to reach certainty. If he doesn't grant us now the protection he promises in Psalms 91, then he simply is not God." Still wondering where's God? The Holy Father adds in the next paragraph, "The arrogance that would make God an object and impose our laboratory conditions upon him is incapable of finding him."

Speaking of His Holiness, Catholic World News informs us that in a meeting yesterday with about 400 Italian priests the Pontiff again "insisted that Vatican II must be understood in light of Catholic tradition, rather than as a break from that tradition". For those who wonder why the Pope won't stop making public statements on some of the liturgical changes made since Vatican II, we need only to direct your attention to Quixoticals where we are given a look at the Manga version of Peanuts. Augh! Clear and irrefutable evidence that not all innovation is a good thing.

Finally, in a bizarre combination of the themes from our first two stories, we give you Entertainment Weekly's review of the brand new Broadway adaptation of the 1980 cinematic bomb Xanadu. Apparently the new stage version contains a number of things poorly thought out and executed, some things which shouldn't have been done in the first place, and when it's over, you may find yourself yelling, "Where's God when you need him?" When faced with such trials, it's best to reflect on the words of St. Therese, The Little Flower. "Sanctity lies not in saying beautiful things, or even in thinking them, or feeling them; it lies in truly being willing to suffer... I suffer much but do I suffer well? That is the important thing."

On that note, we end this week's newsreel. As always, in the words of the great Les Nessman, "Good day and may the good news be yours."
Posted by EegahInc at Wednesday, July 25, 2007

the Manga version of Peanuts.

I remember Xanadu back when I had a thing for Olivia Newton John.

Oh for a muse of fire!

The story didn't make it clear if the Manga peanuts was actually published or not. But even the thought of someone doing this in their spare time... it's just evil. Eeeeeevil!

What do you mean "back when"?