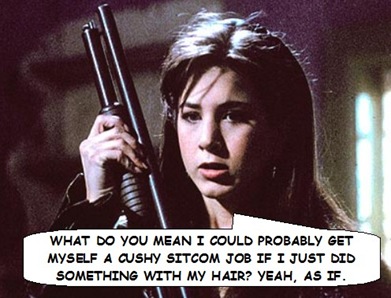 Ever notice how tight lipped some actors get about their early work once they make it big, especially the ones who got their foot in the door by appearing in low budget slasher films? And we’re not just talking about the ones everyone is familiar with like Kevin Bacon (Friday The 13th) or Johnny Depp (Nightmare On Elm Street). Dig deep into the slasher archives and you’ll find a bevy of up and coming actors the world would soon be heaping praises on. Can you name the future star (or stars) who made an early career appearance in these crazy killer classics before moving on to bigger and better things? Use your cursor to highlight the answers.

6. He Knows You're Alone (1980) Crazy killer loose about town.
Answer: Tom Hanks (who was so likeable on set they rewrote the script so his character could live.) 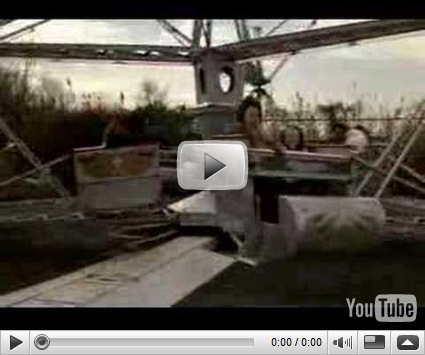 9. A Nightmare on Elm Street 3: Dream Warriors (1987) Crazy supernatural killer loose in an asylum.
Answer: Laurence Fishburne (And this was after Apocalypse Now)

12. Return to Horror High (1987) Crazy killer loose on a movie set.
Answer: George Clooney (but George also starred in Return of the Killer Tomatoes, so we forgive him.)

That’s a shame because, around these parts, we take no offense at humble beginnings. In fact, as part of the Christmas season, we celebrate them. “Jesus was born in a humble stable, into a poor family.” the Catechism reminds us. “In this poverty heaven's glory was made manifest… No one, whether shepherd or wise man, can approach God here below except by kneeling before the manger at Bethlehem and adoring him hidden in the weakness of a new-born child.”

And it’s not just the location of Jesus’ birthplace which brings a sense of humbleness to the whole proceedings. Father Michael F. X. Hinkley notes that “The birth of God as man is itself an act by God of profound humility. The Christ is not to be found in a palace or in a family of social advantage. Without any loss to his Godliness, Jesus is born in the poverty of the stable. He takes on flesh and all that being human entails save sin. God humbles himself to show us God’s way of love (Ps 25:9). God’s experience of poverty isn’t limited to the economic, either. Jesus enters the poverty of all mankind. God, who is love, comes to know the ravages of our human pain, prejudice and persecution from within the frame of human experience.”

This Christmas season, may we all ignore the example of our man-made mega-stars and follow instead in the footsteps of our Lord, never forgetting where we came from, no matter how humble those places may have been.

So was Fishburne's role on NES3 before or after his stint on Pee Wee's Playhouse?

Oh, no. You don't really intend for lazy people, such as myself, to go and look for familiar names amongst the casts lists of all those schlock films at IMDb, do you?

In my case, at least, it's just not going to happen.

Ooops, I should have been more clear. The answers are already there, but in names are in a black font. If you highlight the area after the word using your mouse "Answer" you'll be able to see them.