For obvious reasons, we love one-sheets around these parts, particularly when it comes to exploitation movies. In fact, if you’ve seen the posters for some of the films we discuss on this blog, then you know the advertising artwork can often be better than the movies themselves. I mean, look at this! What’s not to love? 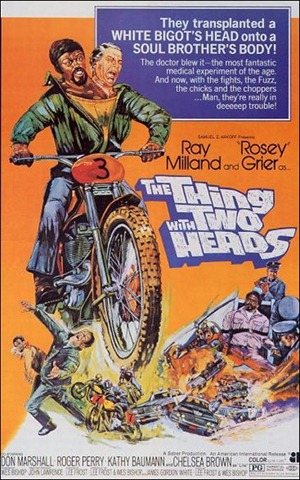 But as campy and outlandish as some of our homegrown one-sheets can be here in the states (especially the ones produced before Photoshop practically killed the art), they pale in comparison to what the folks in Ghana started cranking out in the 1980s. If you don’t believe me, then just take a gander at this list of 20 of the most awesome movie posters you may never have seen before. 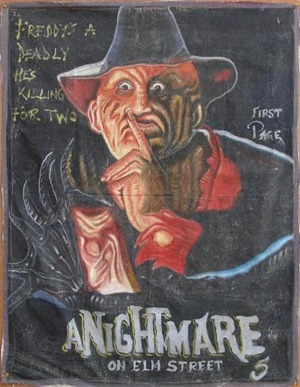 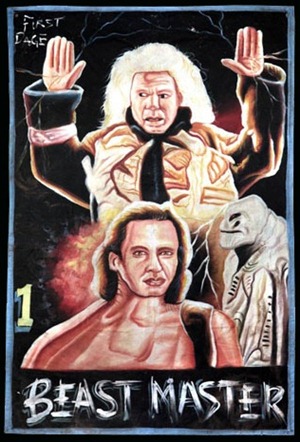 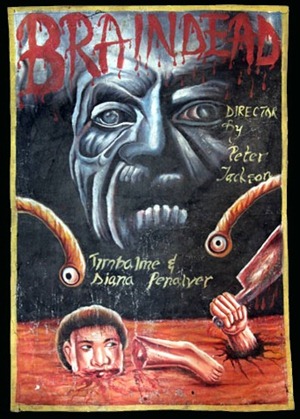 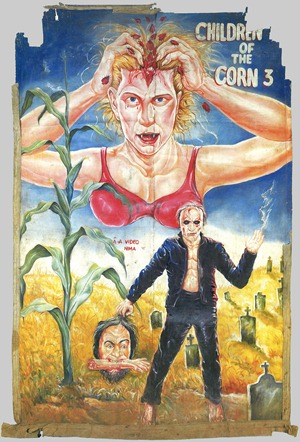 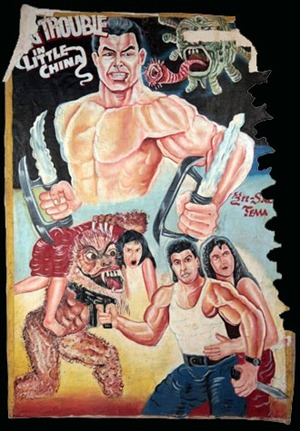 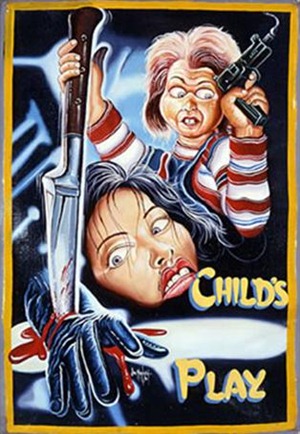 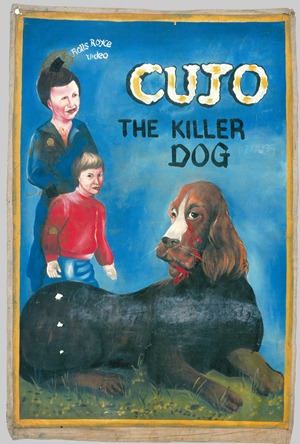 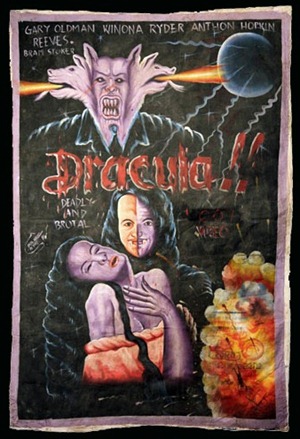 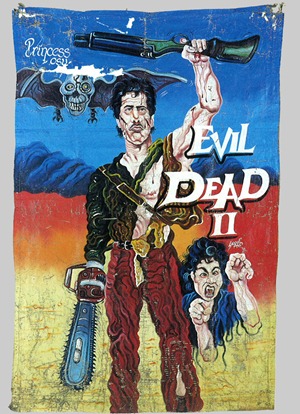 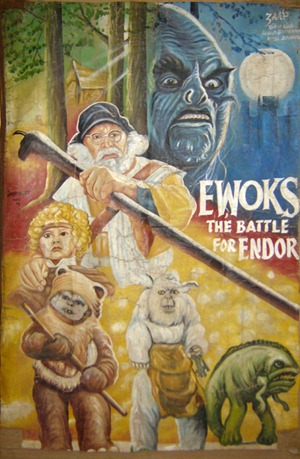 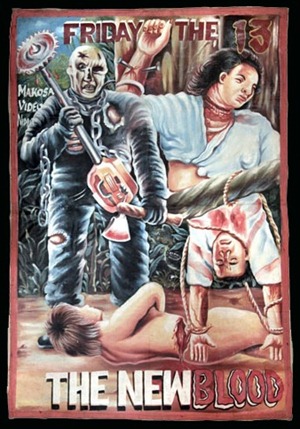 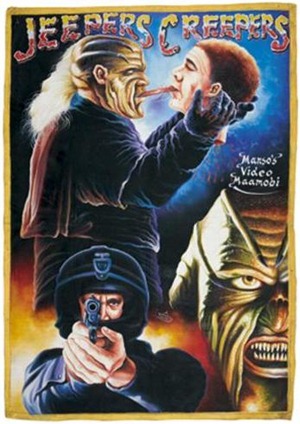 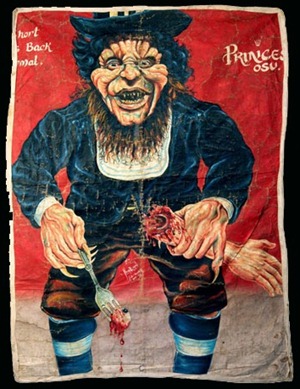 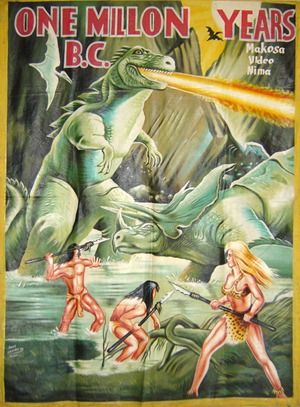 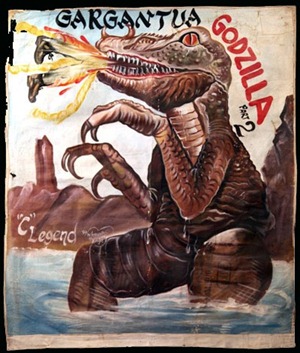 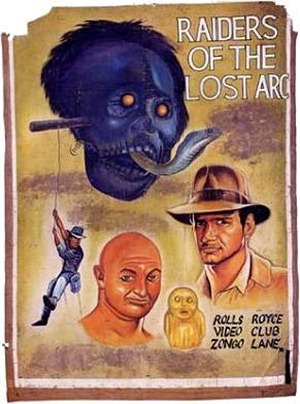 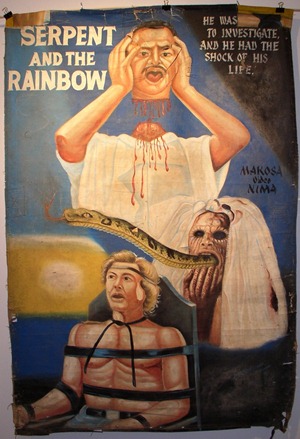 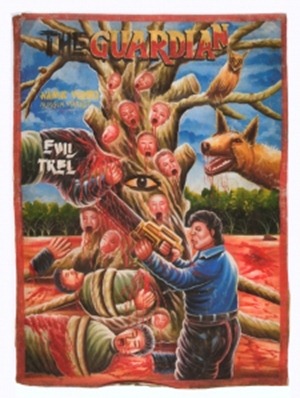 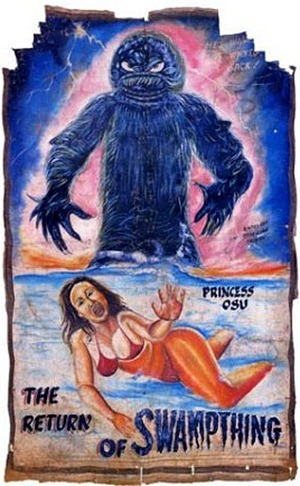 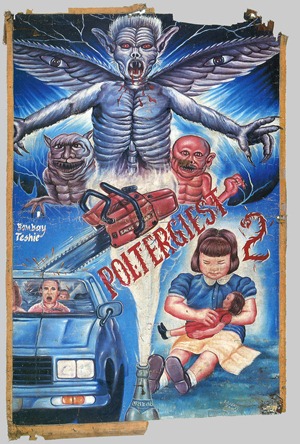 If these remind you of fairground art, you’re not that far off. During the early 80s, the advent of the video cassette allowed entrepreneurial Ghanaians to create mobile cinemas (basically a TV, a VCR, and a generator) which moved from town to town exhibiting films the populace couldn’t otherwise see. And in order to advertise these travelling roadshows, the distributors hired artists to hand paint posters. Unfortunately, about all the artists had to work with were some oil paints, a bunch of old flour sacks for canvas, and a few film stills from a movie they’d never even heard of. Oh, and they also had a ton of imagination. So that Cujo poster may not be exactly accurate as far as the movie (or real life for that matter) is concerned, but man is it ever undeniably cool.

You know, back in my teens when I was hanging out at the local multiplex, I assure you I gave little thought to the idea that half way across the world people were crowding into a small tent somewhere in Ghana to watch Raiders Of The Lost Ark on a fuzzy TV screen. They may as well have been on another planet. Fortunately, age often takes care of that kind of ignorance. But with such vastly different life experiences, it does make a person wonder sometimes how the peoples of the world will ever be able to come together in mutual understanding. And then you remember… Of the approximately 16 million Christians in Ghana, only around five million of them are still Catholic. But as the video above demonstrates, one of the special things about the Catholic Church is the uniformity of the mass. Yeah, yeah, I know, uniformity, how boring right? But it serves a particular purpose. As the Catechism reminds us, “As early as the second century we have the witness of St. Justin Martyr for the basic lines of the order of the Eucharistic celebration. They have stayed the same until our own day for all the great liturgical families… The liturgy of the Eucharist unfolds according to a fundamental structure which has been preserved throughout the centuries down to our own day. It displays two great parts that form a fundamental unity: - the gathering, the liturgy of the Word, with readings, homily and general intercessions; - the liturgy of the Eucharist, with the presentation of the bread and wine, the consecratory thanksgiving, and communion.”

So what that means is that if someone like me were to travel to Ghana, I might have no clue as to why these guys are carrying a dead person around in a large fish… 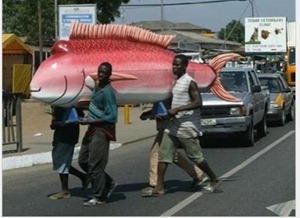 … but thanks to the maintaining of a centuries old structure, I could walk into a Ghanaian mass on Sunday morning and instantly be able to participate despite the cultural and language barrier. In essence, the sameness of the mass around the world links us together as children of God and becomes to the rest of the world an outward visible sign of the universal Church. Not a bad idea to keep in mind the next time you’re feeling a little bored with that same old mass.

Man that Ewoks one was scary

Oh, you mean the one that takes a made-for-TV kids movie and depicts it as a Dante-esque vision of unearthly horrors?

The Beastmaster looks like Christopher Walken, which would have made for a way better movie.

"I got a fever... and the only prescription... is more ferret!" You're right, that would be so much better!

When my kids were little, from time to time I gave them sheets of white material (about 8 1/2 x 11) backed with freezer paper ironed on. It allowed them to use fabric markers on the fabric as if it were paper. They would often draw what Mom loved best - cheesy movies. Their artwork was a lot like these one-sheets. Several have been made into quilts, and amusingly my favorite was done by my middle daughter who swears that if she ever has kids, they will not be allowed to visit grandma for fear of infecting them with love of cheesy movies. I also collect Molas - fabric art of the Cuna indians in Panama. My favorites are those based on western advertisement, like the Pringles can, and one from the cover page of a Hawkman comic. They are a wonderful exploration of the art of advertisement seen from another culture. And I think when I'm buried, I want a fish coffin too. Just the whole idea of my male relatives carrying a giant fish with me inside..... I can't stop laughing.

What a great idea. I wonder if I could convince my wife to let me have a quilt made out of these posters? I don't think I'll hold my breath waiting on that to happen.

It's easier than you would think. There are companies now that will take you artwork in electronic form and print it on fabric (with real fabric dyes, not the plasticky picture ironed on a T shirt). You can order swatches (i.e. one copy of your picture) or you can order yardage with many repetitions of your artwork. Can you imagine curtains with 50 repetitions of the artwork? I'm sure it would be curtains for you! (Sorry, I couldn't help myself). Then you can use any artwork, not just your children's or your own. Subject to copyright restrictions of course.

Rocket Scientist, that's brilliant. Do you ever see John C. Wright's elaborate pulp sci-fi cover art posts? Think of the possibilities of that! And here I thought I was pretty much done quilting.

Eegah, don't give up--suggest to your eldest progeny (whenever that's appropriate) what a great gift it would be for Father's Day, etc. 'Cause if it's a gift from the kids, how could your wife ban it?

I want to buried in a fish coffin, too. Or maybe a squid coffin.