BMC MOVIE OF THE WEEK: THE SENTINEL

In the wake of such Satanic-themed thrillers as Rosemary's Baby, The Exorcist and The Omen comes The Sentinel. When New York fashion model (Cristina Raines) splits with her fiance (Chris Sarandon) and moves into an old brownstone, she soon discovers she has more than she bargained for in the lease. As luck would have it, a mysterious blind priest (John Carradine) who lives upstairs happens to be guarding the doorway to Hell, and she has been chosen as his replacement. Incidentally, when the door is finally opened, out spills an assortment of deformed humans whom director Michael Winner hand-picked from hospital wards and circus sideshows. ~ Jeremy Beday, Rovi
52% liked it

Okay, you know you’re in for a weird ride when one of the more normal characters in the movie you’re watching is played by Jeff Goldblum. Sure, he’s only got a few lines, but considering the freak show that is the rest of the cast, you’d think Goldblum would have just cut loose and gone all Brundlefly during his brief scenes. At least then he could have competed with the likes of Chris Sarandon as the off kilter murderous lawyer, Sylvia Miles & Beverly D'Angelo as a pair of bizarre predatory lesbians, Burgess Meredith as the completely off his rocker old man who likes to throw formal-dress birthday parties for his cat, and best of all, Eli Wallach & Christopher Walken (just think about that pairing for a minute, why don’t you) as the buddy cops trying to make sense of the whole mess (Walken: “She… went to a party with… eight dead murderers?” Wallach: “Doesn’t everybody?”).

The only problem with having such an outstanding assortment of weirdoes populating the supporting cast is that it makes the sort of dull main character (fashion model Cristina Raines playing fashion model Alison Parker) seem all the more wooden. But you know, in the end, it doesn’t really hurt the film that much because The Sentinel isn’t really about the acting, it just wants to creep you out. And for all its borderline campiness (okay, way over the border on occasion), when the movie finally decides its time to get serious and turn on the chills, it proves there’s a good reason it came in at No. 46 on Bravo’s list of Scariest Movie Moments. The final scenes in which the condemned souls of hell pour forth and threaten Alison are truly eerie.

Now, obviously, part of the reason those moments are so effective is the choice by the director to hire real sideshow performers and accident victims to play the damned. Whatever kind of sweethearts these folks may have been in real life, on celluloid they’re shot in such a way that really accentuates the type of unnerving body horror one usually finds in a Cronenberg movie. But the other reason I think these scenes work is that while the film allows the actors to interpret their roles broadly, the religious angle of the story is played dead straight. Throughout the movie it’s made crystal clear that there is an unseen realm full of beings who want to hurt us, that part of the Church’s mission is to stand against them, and that what’s at stake in the struggle is our very souls.

This really starts to become apparent about midway through the film when the lapsed Catholic Alison goes to the local parish seeking help. The priest she meets, who after listening to Alison confess how she has committed adultery, attempted suicide twice, AND stabbed her zombified degenerate father to death (I’m not really sure that last one counts as a sin, but hey, it bothered her, so best to be safe), does what a good priest should do. He offers her a way back to God through forgiveness. And just to make sure everyone gets the point that it’s the fate of Alison’s soul which is the focus of the story, the outcome of the final confrontation hinges not on the fisticuffs between super powered otherworldly beings or the discharging of dubious mystical weapons (Like in some modern movies I could mention. I poop on you Legion.), but simply on the choice of one woman. What the whole movie boils down to is will Alison slit her wrists and join the party in hell or will she accept the passing of the cross which symbolizes the burden God has set before her? It seems like such a small scale decision to end a movie on, but the fact is, if she chooses wrongly, many souls besides her own will eventually suffer the horrors of hell as well.

In a way, Alison’s choice is akin to the one faced by the prophet Ezekiel in this week’s first reading wherein God explains to him, “If I tell the wicked, "O wicked one, you shall surely die," and you do not speak out to dissuade the wicked from his way, the wicked shall die for his guilt, but I will hold you responsible for his death. But if you warn the wicked, trying to turn him from his way, and he refuses to turn from his way, he shall die for his guilt, but you shall save yourself.” All of which sounds pretty basic, so you’d think a professional prophet wouldn’t need this kind of reminder, but apparently Ezekiel does. Who knows, maybe having the occupation of prophet, which often called for warning people that their actions were going to take them straight to hell, wasn’t winning him too many friends. I mean, with that kind of job description, it’s likely Ezekiel didn’t get invited to many weddings or dinner parties (Hey everybody, it’s time to bring out the cake, but first, let’s hear Uncle Ezekiel tell us how wretched we all are!). But hey, as Ezekiel ultimately accepted, and Alison too in her turn, answering God’s call can have its price.

All of which brings up the obvious question for modern day Christians, in what way has the Lord called us to take a stand against sinfulness in today’s world and what price are we willing to pay for doing it? It’s a question we westerners are going to have to start asking ourselves more often in the coming days. After all, when you consider that Hindu fundamentalists in India have begun attacking churches, that the Vietnam government is locking up Catholic students, and that over in China… well don’t even get me started on China…, then it becomes obvious that we believers over on this side of the world are probably going to begin suffering worse things than just having to put up with irrational atheists leaving snarky anonymous comments on our blogs. It would do us well to remember the Catechism wasn’t joking when it stated, “Whoever is called "to teach Christ" must first seek "the surpassing worth of knowing Christ Jesus"; he must suffer "the loss of all things…" in order to "gain Christ and be found in him", and "to know him and the power of his resurrection, and [to] share his sufferings, becoming like him in his death, that if possible [he] may attain the resurrection from the dead". So, yeah, if we’re going to accept God’s call to confront the world (and, hint hint, He wants us to), we need to remember that a price often comes with it. There’s a 99% chance it won’t involve zombie relatives or a closet full of freaks, but there’s a price all the same. 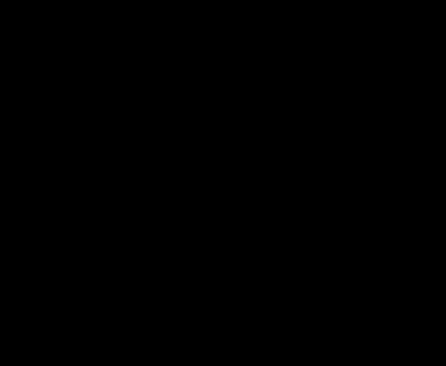 P.S. That price? It’s worth it. But that’s another post for another day.