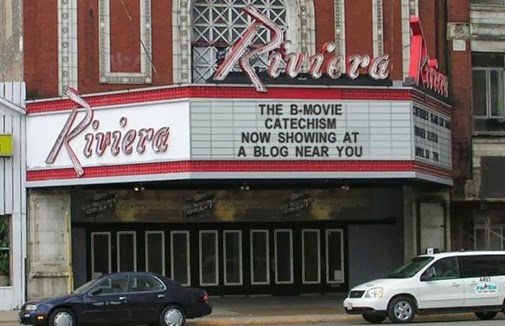 My latest review for Aleteia is Prisoners, Denis Villeneuve’s somber (and quite lengthy) thriller/psycho-drama featuring some surprising in-your-face explorations of the effects of sin on the human soul. Yep, you guessed it, it’s time to start rolling out the Academy Award hopefuls. Seems like that season comes sooner and sooner each year, doesn’t it, just like the Christmas decorations in the stores (Which, seriously, I’ve already seen. WTH Hobby Lobby?).

But enough of that serious drama stuff. How about we get back to the things that are our bread and butter around these parts? Hmm, let’s see, a little Doctor Who always hits the spot, and as it so happens, the Aspie Catholic is right in the middle of a survey of all the Doctors in anticipation of the venerable series’ 50th Anniversary. He’s up to Christopher Eccleston now, so all you newbies can feel right at home. If you’re more of a Trekkie than a Whovian, however, then have no fear, Scott & Julie over at A Good Story Is Hard To Find podcast are discussing the classic Trek spoof Galaxy Quest.

Speaking of parodies, Donald R. McClarey over at The American Classic has assembled a collection of Twisted Trailers, previews of existing movies which have been re-edited to alter the tone of the original. Monty Python & The Holy Grail as a big budget blockbuster? Jaws as a Disney Movie? Watch the trailers and you’ll see it’s not as unlikely as you might think. Willy Wonka as a horror movie, though, isn’t really that much of a stretch, is it?

In fact, LarryD over at Acts of the Apostasy has managed to reimagine Willy Wonka as the ultimate orthodox Catholic nightmare. Who knew Wonka’s factory was such a hotbed of liturgical lunacy? While you’re over there enjoying the fun, be sure to drop Larry some well wishes and a prayer or two. He’s been going through some discernment lately and it looks like it’s leading him to take a (permanent?) sabbatical from blogging. I’m not about to argue with God’s plans for someone, but I’ll still miss Larry’s unique take on things.

As it turns out, though, Larry’s not the only Catholic out there who has felt called to move on to new projects. EWTN Producer Daniel Rabourdin and his crew are hoping to film a docudrama about the little discussed religious aspects of the French Revolution, and could use a little help with the funding. Also in need of donations are a group of folks near my neck of the woods who are trying to produce a proof-of-concept trailer, a project they hope will secure backing for the first ever feature film produced by a Catholic Parish. Check them out and see if you might want to help out.

And that should be plenty of reading material for this week. See you next time around.

Posted by EegahInc at Saturday, September 21, 2013

Thanks for the kind words and links, Eegah.

You're on my must read list, so while I won't be blogging, I'll still be laughing.