THE B-LIST: 7 ALIEN RACES WHO WILL NEVER SPEAK LATIN

In the last edition of Pulp Catholicism we had a little fun with the idea of going to mass on alien planets where they most likely won’t be speaking English. Afterwards, the idea came up that maybe the language barrier with alien races could be sidestepped through the use of Latin, the universal language of the Church. Hey, it worked for centuries here on Earth right? But what if we happen to run into races who don’t really have the capacity to mimic human language at all? Assuming they don’t have any Babel Fish or other similar devices lying around, it seems like they would have to go with the Novus Ordo out of sheer necessity. So what would their masses be like if they turn out to be like some of the alien races we’ve already seen in the movies… 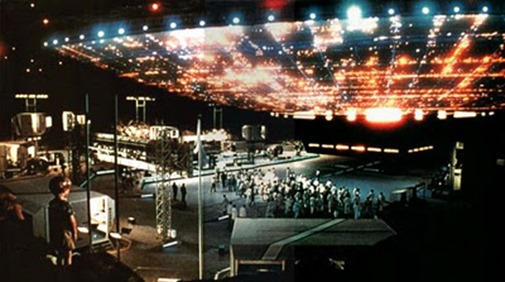 THE ALIENS from CLOSE ENCOUNTERS OF THE THIRD KIND
Though the little doughboys who show up in Steven Spielberg’s sci-fi classic seem to have some method of transmitting images into the minds of others, the only real communication that occurs between humans and aliens in the film is through the use of Solresol, an artificial language based on the seven-note diatonic scale developed in the 19th century by French musician Jean Francois Sudre. If you’re among those who feel  modern masses are already a bit lacking when it comes to moments of silence, just imagine the racket once all the toots and tweets required for these guys to communicate get going. 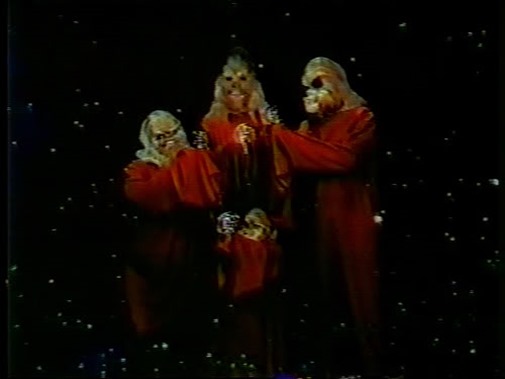 THE WOOKIES from STAR WARS
Yeah, yeah, the Wookies already have their own thing going with Life Day, but the Church is pretty good at getting converts, so a Wookie mass isn’t out of the question. They already have the robes and everything. And given their intelligence, the Wookies would probably have no trouble at all understanding Latin. Unfortunately, since Wookies basically communicate through barks and growls, there’s probably no way they could ever speak it. Still I’m sure it would be easy enough for a visitor to Kashyyyk to grab a missal, say the red, and do the black, even if the red did contain stuff like “Aarrragghuuhw huurh uuh.” 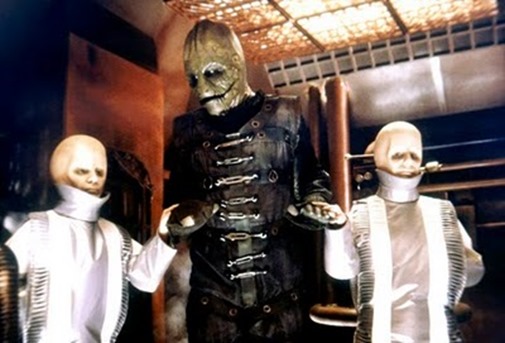 THE KELVIN from BATTLE BEYOND THE STARS
As many of you who attend crowded parishes already know, it can get kind of stuffy inside the Nave once the pews begin to fill up. So just imagine what it would feel like once the Kelvins, who communicate through varying degrees of heat, proceed in. I’d imagine it gets even worse when the homily is on Hell. (There are still homilies about Hell, right?) 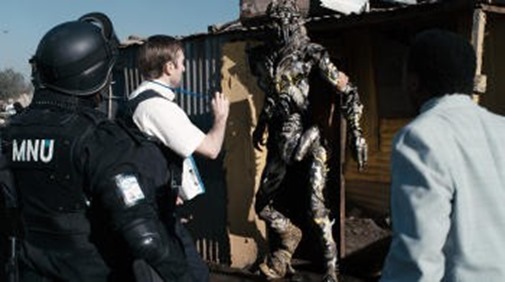 THE PRAWNS from DISTRICT 9
Much like the aliens who showed up in the edition of Pulp Catholicism which inspired this post, the language of the insect-like Prawn pretty much consists of a bunch of clicking sounds. Some people on Earth seem to understand the Prawn’s tone and body language after a few years of dealing with them, and vice versa, but it’s doubtful the Prawn are going to be giving readings using Latin anytime soon. Also, you have to wonder if the Prawn would use incense as the smoke might just mellow them out a bit too much. There’s too many nodding heads during mass as it is. 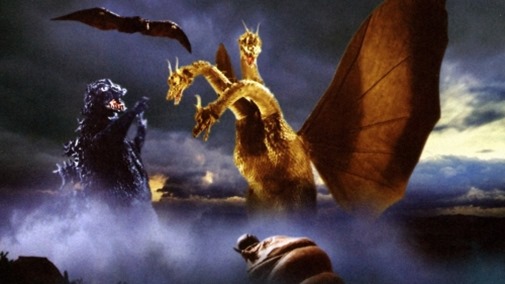 THE MONSTERS from GHIDORAH: THE THREE HEADED MOBSTER
It was about this point in the Godzilla series that the monsters began to communicate with each other through a combination of shrieks and hand signals. Given those limited communication skills, the use of Latin on Monster Island appears unlikely, so visitors to Godzilla’s parish should expect the Novus Ordo. Also, an outdoor mass is probably a given. 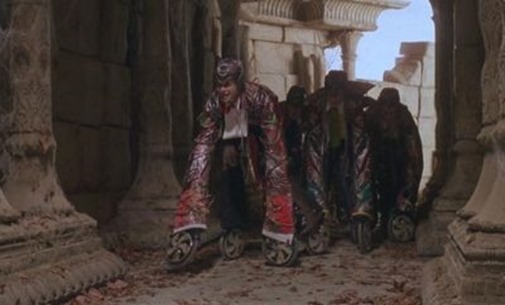 THE WHEELERS from RETURN TO OZ
In a movie filled with creepy images, the Wheelers are among the creepiest. Plus, it doesn’t help things that they speak to each other in a language that sounds like Freddy Krueger dragging his nails over a blackboard. Probably a mass for fans of monster truck rallies only. 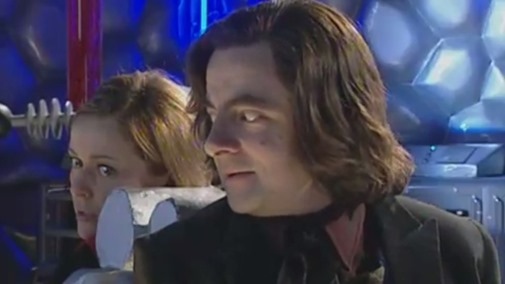 THE TESURUS from DOCTOR WHO AND THE CURSE OF FATAL DEATH
And finally, there’s the Tesurus. Although they never actually appear onscreen in the official BBC parody of Doctor Who produced for the Red Nose Day charity telethon in 1999, the presence of the Tesurus is definitely felt. Or perhaps smelt is a better word. You see, although they were one of the most advanced civilizations in the universe, the Tesurus became galactic pariahs due to their use of flatulence as their language of choice. You know, the Church doesn’t really endorse pew hopping, but I’m pretty sure the local bishop would be understanding if you passed on the Tesurus mass and went a little further down the street to the next parish.
So there you have it, 7 alien races who will never use the Latin mass. Now, of course, all this assumes that one day we might actually discover intelligent life out there somewhere, a notion many scientists are beginning to doubt. But wouldn’t it be a blast if we did, and that turned out to be one of the reasons for the whole Novus Ordo mass to begin with, so we would have something easier to spread to the stars. Never underestimate the cleverness of the Holy Spirit.

(UPDATE: As our resident Rocket Scientist so rightly reminded us, according to the documents of Vatican II, the official language for the Novus Ordo mass is still Latin. However, I would imagine most folks out there are like me and mentally picture the Novus Ordo with the vernacular, with the Latin being saved for the TLM. At least that's the story I'm sticking with for the sake of my punchline.)
Posted by EegahInc at Tuesday, September 03, 2013

How about the Tholians? Or the Crystalline entity? Ooh, the Tamarians (Damok and Jalad at Tanagra!)

I found this post puzzling since we attend the Novus Ordo Mass in Latin at our home parish.

Brian, Star Trek could probably get it's own post regarding this topic. I wonder what a Horta mass would be like?

Rocket, I'm just using shorthand. You're 100% correct that Latin is the normative language of the Novus Ordo mass, but the parishes that use it are few and far between. I'd wager when most people think of the Novus Ordo, they think of it in the vernacular. Or maybe I'm just projecting.

Don't know anything about the Tesurus or the Dr. Who series beyone its existence, but didn't Augustine know someone who could whistle out his backside, and it didn't smell bad?

In Chapter 24 of City of God he mentions that "some have such command of their bowels, that they can break wind continuously at pleasure, so as to produce the effect of singing." Not sure about the smell. Thankfully.