This week for Aleteia I took in Rush, Ron Howard’s latest biopic in which, for the first time in a long while, he doesn’t completely butcher history. It’s a pretty good movie, but I have to admit, the first time I heard Howard was making a biographical film entitled Rush, the old D&D playing nerd in me got my hopes up for this… 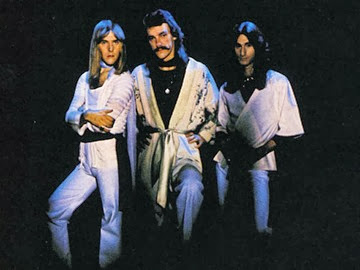 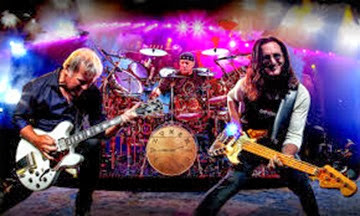 What can I say? If you rolled a d20 back in the 80s, you listened to Rush. Bytor and the Snowdog. The Trees. The entire first side of 2112. Their lyrics were a musical goldmine for fantasy/sci-fi geeks. So much so, that in 1985, Canadian television aired a half hour animated sci-fi tale featuring not only themes based on Rush’s lyrics, but also a soundtrack composed entirely of Rush songs. Go ahead and watch it, but don’t blame me if you feel the urge to dig out your dusty old dice bag before it’s over.

I’m thinking someone from Nintendo must have watched this when it first aired, because that nerdy kid was totally messing with everybody with his Power Glove, even though it would be another four years before that useless thing would be released to an unimpressed public.

But I digress. Back to Rush.

You know, Rush has never been a band that was overly sympathetic to Christians. Although never too in-your-face, Neil Peart’s lyrics have at their best communicated a kind of stoic agnosticism. In fact, in his younger days he seemed to have toyed around with some of Ayn Rand’s ideas, although he appears to have rejected most of the extremes of Objectivism as he’s aged. In recent years, however, following the death of his wife and daughter within ten months of one another, there’s no denying that Peart’s lyrics have taken on a more bitterly antagonistic view of religion. The words to the song Faithless pretty much sum up where his head appears to be right now.

I don't have faith in faith
I don't believe in belief
You can call me faithless
I still cling to hope
And I believe in love
And that's faith enough for me
I've got my own spirit level for balance
To tell if my choice is leaning up or down
And all the shouting voices
Try to throw me off my course
Some by sermon, some by force
Fools and thieves are dangerous
In the temple and market place

It’s actually kind of easy to sympathize a little with Peart. As the Catechism points out, “Illness and suffering have always been among the gravest problems confronted in human life. In illness, man experiences his powerlessness, his limitations, and his finitude. Every illness can make us glimpse death. Illness can lead to anguish, self-absorption, sometimes even despair and revolt against God.” While I can’t really know what’s in his heart, Peart’s latest songs seem to suggest that the recent tragedies in his family have pushed his agnosticism closer to outright atheism. That’s what it sounds like to me anyway.

It doesn’t have to go that way, though. The Catechism goes on to note that illness and suffering “can also make a person more mature, helping him discern in his life what is not essential so that he can turn toward that which is. Very often illness provokes a search for God and a return to him.” Through his songs and writings, Peart strikes me as thoughtful guy who’s always reading, always searching. We may not have heard his final verses on the subject of faith just yet. At least I pray that’s the case, both for Peart and all those others out there plagued with doubts.

Maybe you should pray for him. I've prayed for misc. singers and writers for years--Ozzy, the late R.J. Dio, and several writers who're a LOT more respectable than my youthful taste in music.

And the witness can be important. If you know "Ladysmith Black Mombasa", their leader became a Christian at the height of the apartheid struggle & they chose to express sorrow and reconciliation, rather than glorify the warrior tradition. Who knows how much that mattered? They're important cultural figures in S. Africa.

Anyway, I'm serious that maybe he's a stranger you should pray for.

Love Ladysmith Black Mombasa. I actually got to see them when they performed at the Olympics here in Atlanta.

Ozzy & Dio hmm? Black Sabbath recently released a new song called God Is Dead in which, surprisingly, they declare at the end, no He is not! Maybe some of those prayers stuck. Here's praying that Rush will discover the same.