NOW SHOWING AT A BLOG NEAR YOU: THE UP-UP-AND AWAY EDITION 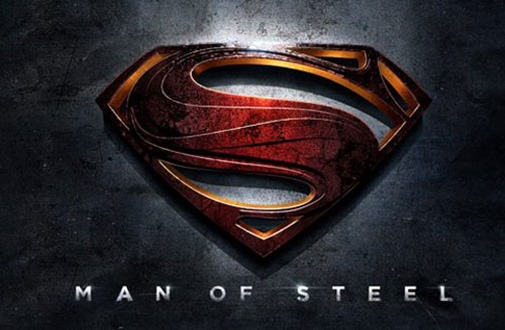 Gee, I wonder what I reviewed for Aleteia this week? Probably some small independent drama about transsexual Muslim immigrants trying to run a health food store in the deep south, right? Sorry, I’m afraid not, although the movie I saw did have an immigrant in it. Yes, like half the country, I took in Zack Snyder’s Man Of Steel, the latest interpretation of that hero of heroes, Superman. The short review, I really, really liked it.

Which puts me in the minority as far as critics are concerned. As of this writing, Man of Steel has an 8.3 rating on IMDB, but only around 55% at both Metacritic and Rotten Tomatoes. That means general audiences loved it, while most critics loathed it, including Steven D. Greydanus, who is the big kid on the block right now when it comes to Catholic film reviewers. You can read his scathing review here where he lays out his case. Needless to say I disagree with a lot (though not all) of what he says. More in line with my thoughts was Rebecca Cusey at Tinsel, who found Snyder’s Man Of Steel to be just the right hero for today’s moviegoers.

Oh well, you can’t please everybody. And even if you don’t like a film, there’s always the fun of discussing how you would make it better. In preparation for Man Of Steel, CatholicSkywalker decided to take a look back at one of the biggest wince inducing moments in cinema, Superman IV The Quest For Piece, and give fixing it the old college try. For what it’s worth, Superman IV received a Metacritic rating of 22%, so at least Man Of Steel is viewed more fondly by critics than that disaster was.

Still, positive or negative, one thing all reviewers seem to agree on about Man Of Steel is the inescapable religious references that accompany any Superman story. Before Man Of Steel even came out, Peter T. Chattaway at FilmChat was discussing the inevitable comparisons between Kal-El and Jesus. For Snyder’s take on the character, however, the allusions aren’t just there under the surface, they’re quite purposefully front and center. Seeing a potential buck to be made from the crowds who poured into films like The Passion Of The Christ and Facing The Giants, it appears Warner Bros is actively marketing the film to preachers around the country. I wonder if Supes will make any appearances in homilies this weekend? Let me know if you hear any.

And let me know what you thought of the film if you saw it. Given the subjective nature of film reviewing, I could always be wrong.

But I’m not this time.

Thanks for all the reviews. And I enjoy the links to the blogs. I follow many of them now.

Glad you liked them. I'll see if I can dig up some more good ones.