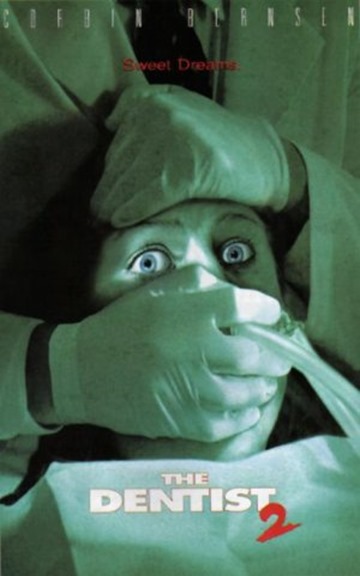 Well, if you read my last post, then you know I began my Labor Day weekend at the dentist’s having two teeth extracted. In my case, that apparently required one person to lean on my skull while the dentist clamped my jaw open and used two hands to saw and twist and saw and twist until the stubborn things finally came loose. As it turns out, the wisdom tooth that had grown in at a 90 degree angle and was jabbing into the root of the one next to it (anybody passed out yet?) wasn’t really what was causing most of the pain. After all, as I mentioned yesterday, they’ve been in that condition for over decade. No, the problem was that an infection had finally settled in over the past couple of weeks and the tissue surrounding the two teeth was a mass of raw hurt. The downside to this was that despite the extra painkiller the dentist helpfully dumped into the area, I still felt quite a lot of what was going on during the procedure. The nurse’s comments about the impressive amount of bleeding didn’t help things either.

I have to admit, about two thirds of the way through this very long hour the thought crossed my mind that if it had been anybody else but a doctor brutalizing me this way, I would have already beaten the holy hell out of them by this point. But of course I didn’t, mainly for two reasons. One is that it was all my fault to begin with for waiting so long to have the problem addressed. Why did I put it off for over a decade, you ask? Because I’m a typical man, that’s why. If somebody shot me, the only way you’d get me to go to the emergency room is if I couldn’t chew the bullet out myself. So basically I was paying the price for ignoring the problem. The other reason is that, unlike Corbin Bernsen in The Dentist 2, my doctor was not some escaped mental patient intent on doing me harm, but was instead a professional who was actually trying to help me by scraping and ripping out the results of my own obstinacy. The fact that it was painful was simply unavoidable.

In short, I received a small taste of Purgatory. As the Catechism explains, “All who die in God's grace and friendship, but still imperfectly purified, are indeed assured of their eternal salvation; but after death they undergo purification, so as to achieve the holiness necessary to enter the joy of heaven… The tradition of the Church, by reference to certain texts of Scripture, speaks of a cleansing fire.” Now whether that cleansing fire is meant to be taken literally or figuratively, who’s to say, but the idea is that this process of purification will involve some amount of pain for the person undergoing it. I suppose tearing rot out at the root, be it from your mouth or from your soul, always does. But it’s a pain with an element of joy attached to it, because just like the thought that kept me sitting in that dentist’s chair, you know the end result will be worth it. Still, in hindsight, I would have preferred to avoid the chair, just like I wouldn’t mind skipping Purgatory if at all possible when the time comes. Hopefully I’m taking better care of my soul than I did my teeth.

You'll be amazed at how fast you heal. Prayers and sympathy are yours.

Let's hope I can say the same for Purgatory :)

Praying for you! I think they're called wisdom teeth 'cause it's wise to get them out before they cause trouble, rather than after & adults get to face the consequences of their previous choices right about the time they have teenagers...

Your blog is actually informative.I must say I got enjoyable studying the item.

The nurse’s comments about the impressive amount of bleeding didn’t help things either. dentist near me