The latest poll from the Pew Forum on Religion and Public Life reports that only 56% of all people actually believe the devil exists. Be that as it may, that hasn’t stopped Satan (or at least someone using one of his nomenclatures) from popping up in the movies 975 times (and counting), which probably makes Ol’ Scratch the most filmed character in movie history. With that many credits to his name, it’s likely most people have seen at least a few onscreen portrayals of the devil. Some of the more noted ones to take a shot at the role include Jack Nicholson in The Witches of Eastwick, Al Pacino in The Devil’s Advocate, and Robert De Niro in Angel Heart. But it’s not just Oscar winners in big budget productions who’ve taken the time to examine the character of history’s greatest arch-fiend. B-Movies are also full of interesting takes on Lucifer, ones which illustrate aspects of his character as defined by the Bible. 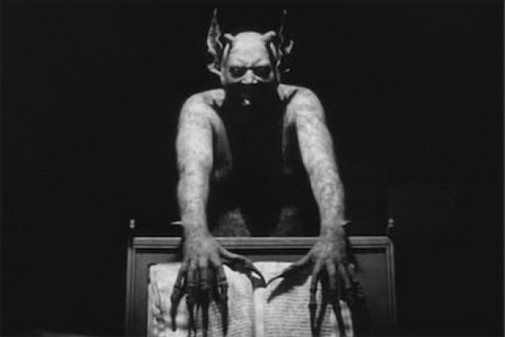 Häxan: Witchcraft Through the Ages (1922)

One of the oldest portrayals of Satan on the big screen is also one of the most classic, obviously inspiring the look of many cinematic Satans to follow. Director Benjamin Christensen himself suited up in order to offer a vision epitomizing the creature Revelation 12:9 describes as “the huge dragon, the ancient serpent, who is called the Devil and Satan, who deceived the whole world.”

Before he was wowing the ladies in The Lord of the Rings movies, Viggo Mortensen was trying to destroy their souls in this classic cult film. Viggo obviously must have taken the time to read 1 Peter 5:8 where it explains our “opponent the devil is prowling around like a roaring lion looking for [someone] to devour,” because he does his fair share of both in this flick. 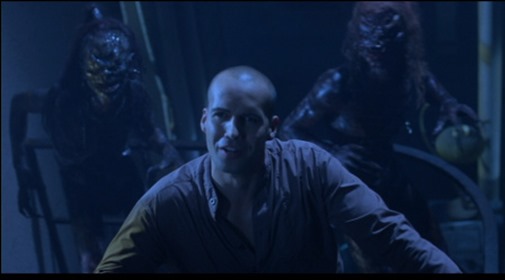 John 8:44 tells us the devil “was a murderer from the beginning and does not stand in truth, because there is no truth in him.” Few celluloid Satans personify this better than Billy Zane’s Collector. Sure, he’ll promise you whatever you want, but don’t fall for it, it’s just a ruse to feed you to some zombies. 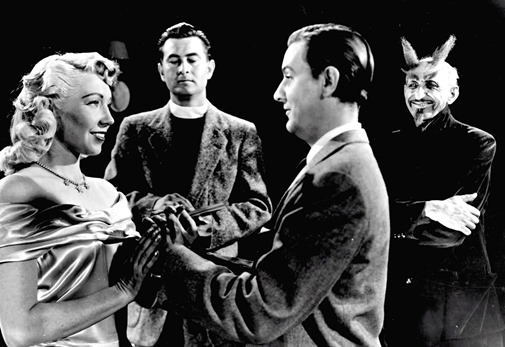 John 8:44 also tells us that Satan “is a liar and the father of lies.” If you ever get the strange desire to actually try and analyze Ed Wood’s ode to transvestism, you’ll probably realize that’s what the devil is doing at Glen’s wedding. At this point in the film, Glen is still hiding his love of wearing women’s angora sweaters from his new bride, in effect lying to her about the man she is marrying. It’s a lie that nearly destroys their marriage, an institution the devil isn’t very fond of to begin with. 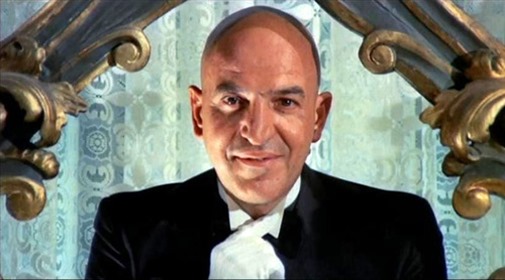 Who loves you, baby? Not the devil, that’s for sure, despite the fact that he’s played by the one and only Telly Savalas in this bit of Euro-Shock (and yes, the devil does indeed suck on a lollipop during the film). The combination of the corruption of the main character and the movie’s mid-air finale calls to mind Ephesians 2:2 in which Satan is described as “the ruler of the power of the air, the spirit that is now at work in the disobedient.” 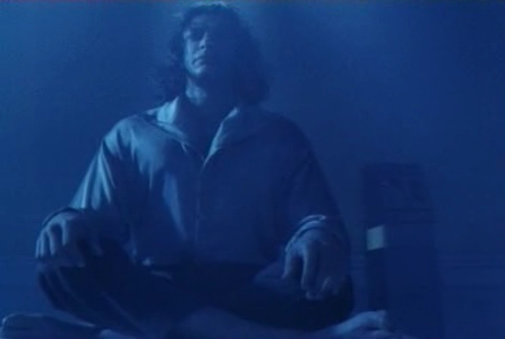 As could be expected, Jeff Goldblum’s take on Satan is a bit offbeat. While we often hear that the devil’s greatest trick is how he convinced the world he doesn’t exist, Goldblum’s fallen angel is far too much of a narcissist to allow that sort of ignorance to go on for too long. With too many atheists cluttering the modern era, the titular Mr. Frost thinks it’s time to remind the world just who it is that 2 Corinthians calls “the god of this age [who] has blinded the minds of the unbelievers.” 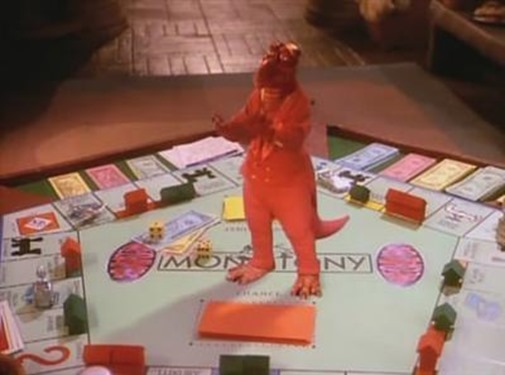 You know, not many TV series can say they ended with an ice age that killed off every character on the show. But before that happened, Dinosaurs gave us an episode in which Earl, the hapless prehistoric papa, makes a deal with the dinosaur version of the devil after watching an episode of "Lifestyles of Those We Envy." I guess Earl was around before Matthew 4:3 was written to warn us that Satan was “the tempter,” but considering The Serpent has been that way since all the way back in Genesis chapter 3 (possibly even before if Dinosaurs is any indication), Earl probably should have known better anyway.

And just for the heck of it, here’s a bonus Satan in his very first appearance on the silver screen in Georges Méliès’ The House of the Devil (aka The Devil’s Casle) from 1896. I’m not exactly sure what this film has to say about Beelzebub, but considering it’s yet another movie in which the director plays the devil himself, maybe it’s meant to tell us something about filmmakers instead.

I thought Bill Cosby was pretty good as Old Scratch in the Devil and Max Devlin. Maybe that doesn't quite qualify as a b-movie.

What about Rodney Dangerfield as Satan in "Little Nicky"? Satan who never closed his bath robe. *shudder*

How about Ned Flanders as Satan? He had goat legs and said "diddly" quite a bit...and he picked the starting line up of the 1976 Philadelphia Flyers to put on the jury for the trial of Homer Simpson!

Thanks for referencing Mr. Frost. I've been looking for a copy of that forever. Nice to know I didn't imagine seeing that movie.

On another topic, will there be a high probability of pooping on The Mortal Instruments: City of Bones in your future? I'd be your bestest fwiend. *making earnest hopeful cajoling eyes*

I'm missing the screening for Mortal Instruments so it'll probably have to wait for DVD. Based on the trailer, though, pooping on it is definitely a high probability.