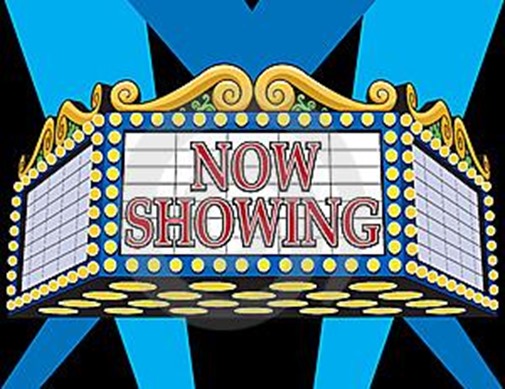 It looks like I’ll be taking a break from Aleteia over the next month (something about half of Italy, including most of Aleteia’s staff, taking a vacation during August), but I managed to get one more review up before the hiatus. This time around, it’s The Wolverine, the latest super-hero blockbuster to hit theaters this year. Oddly enough, even though the character of Wolverine is basically a killing machine, this movie probably has the lowest body count of any comic book based film in the last year or two. Even the movie’s one scene of massive destruction, the recreation of the atomic bomb being dropped on Nagasaki, actually has relevance to the movie’s themes of renewal and rebirth.

You see, even though I’ve been a vocal defender of movies like Man Of Steel, I do still recognize the validity of some of the criticisms leveled at modern super-hero films. One of the best critical articles I’ve read recently has been John C. Wright's discussion of Heroic Villains and Villainous Heroes in recent motion pictures. He also really enjoyed Man Of Steel and urges everyone to go see it, but still views the film as part of a larger trend towards modern society’s acceptance of nihilism. I’m not sure I agree with every single thing in the article, but it’s definitely worth the read. And if you haven’t had enough of super-heroes by the time you’re finished with that piece, CatholicSkywalker has a list up of his Top 10 Comic Book Movies of All Time.

Now for those disappointed that I didn’t get to review The Conjuring (and by ‘those’ I mean me), have no fear, Sr. Helena Burns has you covered. Her take away is that even though the theology on display is both accurate and squishy at the same time, the movie is still good scary fun. I also like that she brought up the idea put forth by Fr. Gabriele Amorth, SSP, former head exorcist of Rome and author of “An Exorcist Tells His Story,” that movies dealing with the demonic can sometimes be a good thing because they can help people believe in and understand the reality of evil. If you’re not quite convinced by the good father’s argument, then you might find it interesting to take a peek at a couple of secular sites discussing the topic. Over at The Vault of Horror, B-Sol revisits the old argument as to whether The Exorcist was a work of blasphemy or reverence, while the decidedly non-religious Final Girl explains why films like The Devil Inside get under her skin.

You know, I always appreciate it when secular outlets give religious subject matter a fair shake. Unfortunately, that doesn’t appear to be the case with The Daily Show, at least according to Matt Slick of the Christian Apologetics & Research Ministry. As Mr. Slick recounts it, the producers apparently engaged in a little selective editing to make him look stupid after he appeared on the show to discuss homosexuality and Christianity. I’m sure you’re all shocked to hear such a thing happened (Does sarcasm come across on the Internet?).

Of course, Christians don’t always need someone else’s help to look silly as they are quite capable of doing so by themselves. That’s just one of the things concerning E. Stephen Burnett from Speculative Faith about the upcoming remake of Left Behind starring Nick Cage. As a Catholic I can think of more than a few other things wrong with Left Behind, but yeah, making us all look bad is right up there.

Speaking of bad movies with religious themes, I have as of late been remiss in my commitment to constantly poop on the celluloid abomination that was Legion. Well, I better get ready to get back in the pooping game because it looks like SyFy is actually ordering up a pilot based on the film. “Dominion is described as an epic supernatural action drama set 25 years in the future after a war between an army of angels and mankind has transformed the world.” Uh huh. I don’t know how to react to this. Should I be sad that such sloppy handling of religious subject matter might actually get an undeserved new lease on life, or should I be happy that I might get the chance to poop on Legion on a weekly basis? Curse you, SyFY, for presenting me with such a Sophie’s Choice.

And last, but not least, speaking of SyFy, just in case you somehow missed it on the Net, Facebook, and Twitter, here’s the cosplay that got all the attention at this year’s Comic-Con. Ladies and gentlemen, I give you… the Sharknado headdress. I’ve got nothing after that. See you next time.

Oh please go back to pooping on Legion! In regards to your blog, I came for the brilliant movie reviews, but I stayed for the pooping.

Well, if SyFy goes through with the pilot for Dominion, I should have no problem finding something to poop on.

This blogger contains really good content and very much information. And if anybody wants to get still more info regarding Indian movies you can visit this site : Masti Tickets