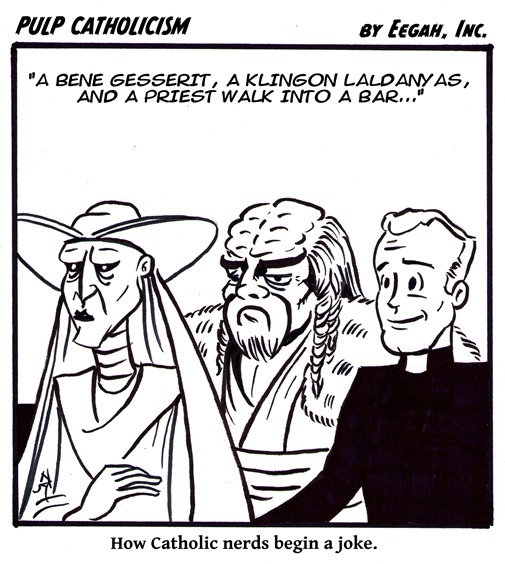 I would probably be that nerd.
Brad Jones

Hey, I'm not casting stones. I'm the one that thought of it in the first place :)

Please accept my apologies. I did not mean to imply I had thought of the joke. I was trying to communicate that I see myself as the kind of catholic nerd that would begin a joke that way. You drawings and humor are why I frequent this blog regularly.

My apologies if it sounded like an accusation. I was trying to say that I'm not looking down on or laughing at THOSE Catholic nerds, I'm laughing at myself and what a bug nerd I am because I even thought of such a thing.