Eyes Of Fire (1983) Pioneer preacher and his cult run afoul of Shawnee and evil spirits. Eerie precursor to 2015's The Witch is a forgotten gem. TIL: The 1537 papal bull Sublimis Deus declared that "Indians" were not to be deprived of liberty or property. Not everyone listened. 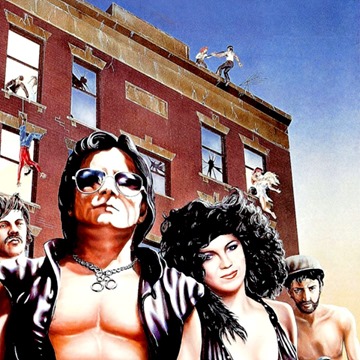 Your daily dose of culture courtesy of Tenement (1985) - "The Bible tells us to love our neighbors, and also to love our enemies; probably because they are generally the same people" - G. K. Chesterton